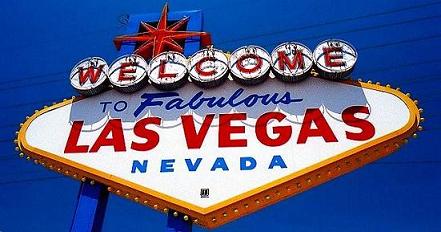 The Consumer Electronics show, the behemoth of tech, the Valhalla of gadgetry, has come and gone for yet another year. But this time, rather than arriving with a bang, it slinked into sight with something more like a whimper.

CES 2010 had really had the wind knocked out of it before it had even got into the ring this year. All eyes were already on Apple and their rumoured Tablet in the run up to the event, despite the fact that Apple are traditionally a no-show at CES, instead planning their own top-secret unveiling at the end of January. Likewise, Google delivered a sucker-punch in the shape of the Nexus One, their flagship handset revealed at their own event on the eve of CES 2010’s opening. 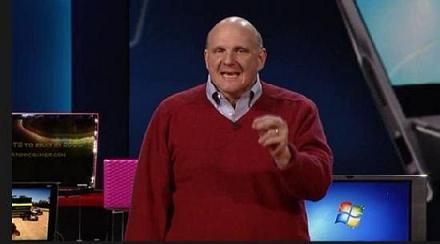 To make matter’s worse, Microsoft’s opening keynote speech (delivered by walking personality drain Steve Ballmer) was pretty darn dull. First a power cut, then a load of waffle on the 2 month old Windows 7, Ballmer hardly seemed to be trying to keep our attention. Though the Christmas release date for Project Natal was welcome news, it revealed nothing new about the device, whilst the partnership with Hewlett Packard for the new Slate device seemed merely like a case of keeping-up with the Joneses. Or should that be the Jobs-es?

But the Las Vegas event wasn’t without its highlights. Far from it in fact. Maybe it’s the recession, or the generally pocket-pinching mood in the air these days, but for once the most sought after tech wasn’t in the realms of dreamy aspiration, but was actually fairly affordable.

Take for instance the brand new 3D TVs on show, of which the Sony BRAVIA XBR-52HX900 (video above, courtesy of Ashley) was the pick of the litter. Finally shaping up to the standards set by its cinema siblings, company reps promised that the average 3D TV will cost little more than a top-end Full HD set. Skype and video calling in many TV sets too will help turn your living room into somewhere the Jetsons could only dream of.

E-readers are also looking to be both big and affordable in 2010. As a comic book fanatic I’d have liked to have seen more attempts at a colour screened e-reader (I’m not including the MSI offering, which is really just a dual-touch screened PC, super-cool as it is). Plastic Logic’s Que Pro e-reader looked great though, with a massive, durable screen, and was far lighter than the hundreds of books you’d be able to store on the tabloid-sized device.

There were, of course, tablets aplenty. The dual-booting Viliv P3 may be an underdog in the category, but seemed way more exciting than Microsoft’s offering. The offer of both Windows and Android on the same device showed a respect for user choice not often seen in the back-slapping world of consumer tech.

There was still time for fun too. The Parrot AR Drone Quadricopter was fun and fresh, combining real-world toys with augmented reality controls. A little less high-tech but full of retro-chic was the Lasonic i931 iPhone dock/ghetto blaster mash-up. Odd’s on its at the top of Flava Flav’s Christmas list. And there was still some time for the weird and the plain old dumb, too. 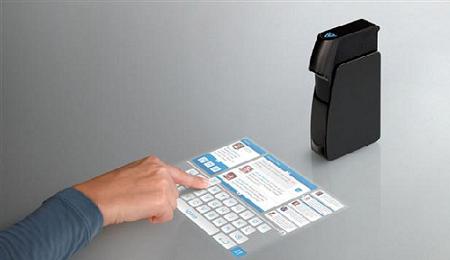 Though less prevalent than other years, there were some great examples of brand new tech on show that were genuinely exciting. A real head-turner and my favourite item of the show was the Light Blue Optic Light Touch. Using a pico projection engine and a touch sensitive sensor, it’ll turn any flat surface into a touchscreen. It works ridiculously well despite still being in the development stages, and has almost unlimited potential.

Some detractors say that, recession or not, CES looks to be on its last legs. It’s sad, but not unlikely, when you consider the audiences that companies like Apple and Google can command for just a single product launch. However, for emerging companies like Light Blue Optics CES is still vital to gain some exposure, not to mention the fact that such a prominent date in the calendar forces the tech giants to have made some significant, competitive advances in their gear, year-on-year.

So here’s hoping the old dog’s got a bit of life left in it yet. Hopefully next year will kick off the recessionary cobwebs and kick the show back into high-tech gear. It wouldn’t take much to tempt us back to the City of Sin once more.