Tech Digest was started way back in 2003 by two freelance technology journalists, Chris Price and Ashley Norris. Experienced writers for the UK’s Daily Mirror and The Guardian respectively – as well as a whole host of monthly magazines from Future and Dennis Publishing – it was their first foray into blogging.

Inspired by Gawker Media and Weblogs Inc networks in the US, the pair went onto found blogging network Shiny Media along with fellow freelance journalist, Katie Lee. In 2005 sister title ShinyShiny was launched which was followed by several other blogs, including Who Ate All The Pies which is now published by Anorak Publishing.

Re-launched in 2015, Tech Digest is now written and edited by Chris Price along with a small team of freelance journalists. It publishes between 6 and 10 stories each weekday as well as several stories at the weekend. This includes news stories from the world of tech on subjects as diverse as intelligent fridges and 5G networks, plus coverage of all the biggest tech events, including CES in Las Vegas and IFA in Berlin.

In addition, there are reviews and opinion aplenty! Plus a YouTube page where you can see our latest exploits. 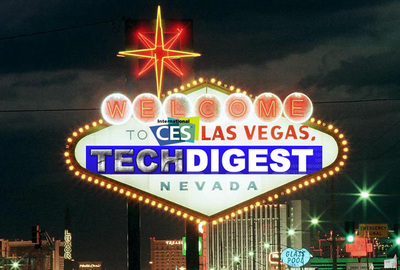