O2's mobile phone network appears to be down again in London for the second time in a month. Twitter is ablaze with users struggling to get reception with the network. "Been with #o2 for over 9 years and never had…

Oh Samsung; who knew you had such a sense of humour! Seeing an opportunity to have a gentle dig at their biggest smartphone rival, Samsung's new Galaxy S advert cheekily references the iPhone 4 antenna problems that have been giving…

Apple must have breathed a sigh of relief when they decided that a full product recall of the temperamental iPhone 4 wasn't necessary. Discovering that its signalling issues could be fixed by encasing the phone in a plastic protective bumper,…

Apple have come under fire from rival mobile firms RIM, Nokia and HTC, following their press conference on Friday in which they attempted to address the signalling issues that have plagued the iPhone 4's launch. Admitting that their phones "aren't…

Bought an iPhone 4? Then you may well be one of the seemingly thousands who have been experiencing poor reception levels and signal issues. It may well be being heralded as the greatest smartphone of all time, but right…

The iPhone 4 has been plagued with signal and reception issues since going on sale late last week. With no sure fire fix in sight (unless you're prepared to hold the phone in a ridiculous fashion or hold out for…

Do you remember March 2007? What stands out in your mind about it? If the answer to that question is "why, that's the month TfL announced they'd be trialling mobile phone reception on the underground of course", then prepare to be disappointed.

Two years later, they've decided it's not going to happen. Quite why it took so long is anybody's guess, but the reasoning can be helpfully pinned onto everyone's favourite excuse: the perilous economy. A TfL spokesman explained: "While it is technically possible to deploy mobile phone and data wireless solutions on the deep level Underground tunnels and stations, the unique nature and environment of the Tube mean that project costs would be prohibitively high at this time."

Following my colleague Duncan’s report earlier today that Apple have been accused of using low-quality chipsets in their iPhone range, I’m happy to announce that Apple have responded promptly to the issue by releasing an apology (of sorts), and confirming that the next software update, due in a month or so, will fix the current issues with poor quality reception – thereby effectively ending the intense speculation that Apple might have to recall the phones.

Wildfire rumours have rumbled across the net for days saying that Apple were going to have to do the ‘dreaded deed’ and recall all iPhones for a costly and humiliating hardware upgrade, but Apple’s confirmation of a software fix promptly douses all of that. Until today, the main blame has been focused on the Infineon chip, and how reliable a chip they actually are. If software really is to blame then it backs up Infineon’s Chairman, who has repeatedly told deaf ears that “Our 3G chips are, for example, used in Samsung handsets and we are not aware of such problems there”. 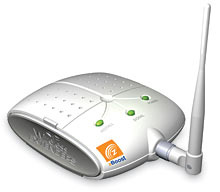 I’m sure most people have had calls drop on them occasionally when in their house, whether that be due to tin roofs, interference from other electrical goods, or down to you living out in the sticks, far removed from civilisation (and a telephone pylon)…

According to the zBoost Cell Phone Signal Survey, mobile phone users aren't shy about doing weird things and getting themselves into strange positions for the sake of improving their signal. 69% of mobile phone users who made phone calls at…