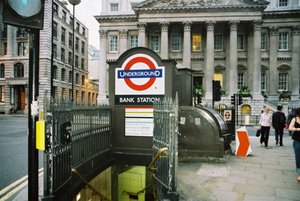 Do you remember March 2007? What stands out in your mind about it? If the answer to that question is “why, that’s the month TfL announced they’d be trialling mobile phone reception on the underground of course”, then prepare to be disappointed.

Two years later, they’ve decided it’s not going to happen. Quite why it took so long is anybody’s guess, but the reasoning can be helpfully pinned onto everyone’s favourite excuse: the perilous economy. A TfL spokesman explained: “While it is technically possible to deploy mobile phone and data wireless solutions on the deep level Underground tunnels and stations, the unique nature and environment of the Tube mean that project costs would be prohibitively high at this time.”

So there you have it – not at this time. I’m sure it will happen eventually, but for the moment you’ll just have to remain unconnected for the duration of your commute. On the bright side though, you won’t have to put up with people who don’t appreciate that not everyone wants to hear one side of a conversation for 40 minutes.

It’s a shame though. The moment underground mobile reception is available is the moment I finally buy a 3G broadband dongle. In a perverse way therefore it’s nice to know that Transport for London have actually saved me money for once.

Transport for London (via Trusted Reviews)