Toshiba finally confirmed this morning that it is joining the Blu-ray Disc Association. 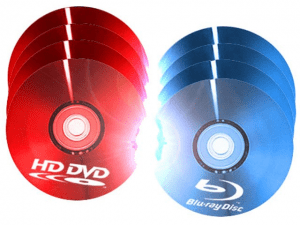 Aware that the Blu-ray market still hasn’t really taken off, Warner Bros are getting a little desperate, and they’re waving an olive branch of peace at people who bought HD-DVDs. They’re going to let people mail the original box art for any HD-DVDs that they bought and swap them for the same title on Blu-ray.

It’s not quite free, they’re charging $4.95 per disc for the service, plus $6.95 shipping, but it’s still much cheaper than buying all the new discs yourself. It might even be worth scanning the local bargain bins for the old HD-DVDs to send off, then flog the replacements you get sent. You won’t be able to make a mint, though. It’s limited to 25 swaps per household.

(via Den of Geek and @stuart_coles) 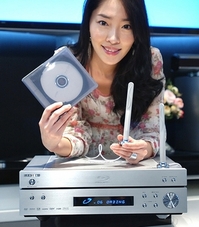 The old, very old, boring and no doubt entirely untrue “Blu-ray Xbox 360” rumour surfaced over the weekend – and has already been SHOT DOWN by Microsoft. Again. We are stuck in a time loop where every week we write this very same news.

Gadgety blog TechCrunch started it all by running a news piece – or some might say HIGHLY IRRESPONSIBLE LIE – stating that Microsoft is planning to announce a Blu-ray Xbox 360 tonight. As in, today. This evening. June 9, 2008…

A recently published NPD survey reveals that less than ten percent of US HDTV owners are planning on buying a Blu-ray disc player in the next six months.

The battle for the discs may have been lost but Toshiba are not about to give up on the HD war so easily.

According to an insider, who is probably being dragged out and shot as we speak, Toshiba is set to release a DVD upscaler… 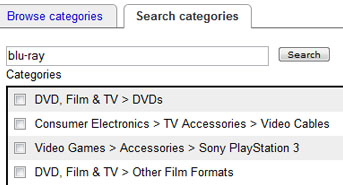 It’s come to my attention, through a recent attempt at flogging my copy of Casino Royale (every Blu-ray player owner has at least six copies), that eBay UK is not anywhere near as Blu-ray friendly as the US, or even Australia, Canada, or France. I’d test more sites, but that’s about the limit to my bilingualism.

Ever tried selling a Blu-ray on eBay UK? Ever other country’s site seems to have Blu-ray listed in the categories field, however not us in Blighty, who’re forced to lump it into the ‘DVD, Film & TV > DVDs’ or ‘DVD, Film & TV > Other Film Formats’ fields.

The winning HD format is not mentioned anywhere, and neither is HD DVD, which is also mentioned on all the aforementioned sites. Although dead formats such as MiniDisc have their very own boxes for you to tick, along with SACD, DAT, audio cassettes, floppy discs and VHS.

So can we cut to the chase already and label eBay UK as being a non-embracing technological Luddite?.. 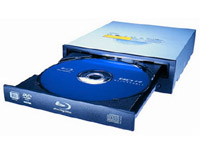 Taiwanese news source Digi Times is 100% sure Microsoft’s in the final stages of readying a Blu-ray version of Xbox 360, with local manufacturer Lite-On apparently ready to hit the big red button and start its machines pumping out Blu-ray drives for Microsoft.

Digi Times also went off on a wild speculation rampage, saying that MS would clearly have to sell any possible Blu-ray-packing Xbox 360 at a loss…

With the HD DVD Promotional Group dissolving, Toshiba abandoning ship, and precious few studios releasing anything on the format any more, you’d have to be totally uninformed and just a little bit stupid to buy an HD DVD player thinking that it was the future.

Enter two fairly benign entities — online retailers and the Great British consumer — which when mixed can be deadly (or at least, good for making expensive mistakes)

Still, surely we can rely on our helpful, informative, reliable, up-to-date online retailers to ensure that visitors to their web site don’t make a stupid purchase they’ll regret as soon as it leaves its cardboard and polystyrene womb?

Here’s a roundup of some key (and not so key) Internet stores, and their current attitude towards HD DVD… 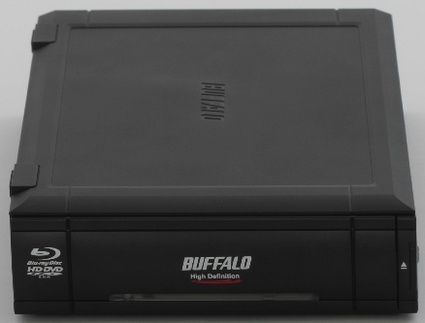 LG’s mobile phone department may be going from strength to strength, but with their recent announcement that they won’t be giving up on the HD DVD format, the situation on that side of the company will be going through some tough times in the coming months.

The Korean giant is putting its money where its mouth is, with the release of the BE06LU10, an external Blu-ray rewriter and HD DVD-ROM. With read speeds of 6x for both HD DVD and Blu-ray, it also…