New from I Want One of Those is a Digital TV and Multimedia Player for under £100.

OK it’s only got a teeny, tiny 3.5inch screen but for use out and about this seems great – no idea what picture quality is like yet. Thanks to a digital tuner you can watch all the Freeview channels, though you will need to hook the device to your TV aerial first to download all the available channels.

I Want One of Those

The launch date for Freeview HD has been revealed as 2nd December. That is the date in which Multiplex B – the multiplex that is being utilised for HD transmissions goes live at the Winter Hill transmitter. Put simply, this means that Freeview HD will be available to the Winter Hill areas of Liverpool and Manchester.

The plan is to increase the Freeview HD transmissions in the first half of next year. The Crystal Palace transmitter, which covers much of London, may also be upgraded in December – even though the proposed date for this, according to Ofcom, is 2012.

Graham Plumb, head of distribution technology at the BBC stated that Ofcom’s dates were merely a “backstop contingency”.

Earlier this month we told you how Five had been added to the Freeview HD line-up alongside the BBC, ITV and Channel 4. Users will need a HD Freeview box to receive the channels as the HD content will not be decoded by existing Freeview equipment. Some TVs, such as the Sony W4000 and the Loewe Connect, already have the hardware in order to do this though, without the need for a box.

The TU-R252H boasts a 250GB hard drive, while the TU-R162H has a more modest 160GB drive. The larger capacity model can also upscale standard definition content to 1080i resolution and connects to a TV via its HDMI port… 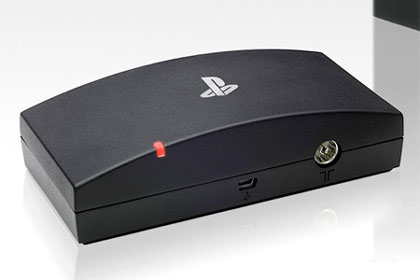 Much to our disappointment (but certainly not surprise) Sony confirmed following its E3 press conference that the newly unveiled PlayStation Store TV and Movies download service would not be hitting European shores until next year. Maybe. But don’t fret, telly loving gamers out there, Sony has something in the way of a consolation prize: Sony PlayTV. And it’s landing in a little less than two months.

With digital switchover beginning at the end of this year and due to be complete by 2012, UK communication industry regulator Ofcom will find themselves with a whole load of spare UHF bandwidth and no analogue TV service to use it.

Their plan is to auction off these vacant parts of the UK electromagentic spectrum as they become available, which could be licensed by, radio, TV, broadband companies, mobile networks or whatever new technologies come along…

Sony has introduced a new range of recorders featuring hard drives and DVD writers. The RDR-HXD1095 is the flagship model, boasting a 500GB drive, analogue and digital TV tuners, and BRAVIA Sync which allows it to be controlled from the same remote control as a Sony BRAVIA TV…

Yesterday, Amazon.co.uk dropped the ball and became the source of a very promising Sony PlayTV rumour. A listing, since retracted, put a release date of 31st July on the system and a price tag of £60…

According to last week’s Ofcom report, nearly 90% of British homes now have access to some form of multichannel, digital TV on their main set.

As the digital switchover continues region by region over the next four years, and thanks to the fact that it’s fairly difficult to buy a TV that’s not digital ready now, be it standard definition or HD ready, it seems that most of us have got the message that it’s good to go digital…