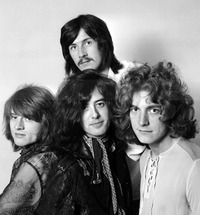 It’s time for the second in our series of posts looking at the big trends in digital music – an area that Tech Digest has been covering more and more this year. Today’s set of five include choose-your-own pricing, USB music sticks, record labels taking on iTunes, gnarly old bands getting webby, and the potential of Joost and online TV for music.

The biggest story in digital music right now concerns variable pricing where it’s the fans who are deciding just how variable it is. Why the hype? Radiohead. When the band decided to let fans decide how much to pay for their ‘In Rainbows’ album, they had fellow artists, labels and everyone else in the music industry looking on in excitement/puzzlement/horror (delete as appropriate).

Unfortunately, the band haven’t revealed any sales figures yet, aside from slapping down analysts’ guesses, so it’s hard to judge just how successful it was. However, there’s already a knock-on effect.

Courtney Love says she might do it. Trent Reznor of Nine Inch Nails is equally keen. And even Sir Cliff Richard himself has been testing a slightly different scheme, whereby the more fans preorder the digital version of his new album, the lower its price goes. It proved so popular that the minimum price – £3.99 – was reached in just a week. Who said wrinklies weren’t web-literate? More of which in a minute.

Even opera singers are getting involved – soprano Barbara Hendricks is Doing A Radiohead with her new album. Indeed, the only dissenter so far has been Kiss frontman Gene Simmons, who said in an interview: “I open a store and say “Come on in and pay whatever you want.” Are you on f*cking crack? Do you really believe that’s a business model that works?”

Radiohead are also involved in another big digital music trend, albeit in this case it wasn’t exactly their choice. I’m talking USB Music Sticks, where you buy an album on a USB stick, with digital songs and other content – videos, photos and so on. Radiohead’s old label EMI are selling the band’s entire back catalogue on a bear-shaped USB stick for example.

US band Matchbox Twenty are selling their latest album as a USB wristband (now that’s just the slightest bit poncey), while Amy Winehouse and Kanye West’s latest albums will soon be USB sticks too.

Apple has sold billions of songs through its iTunes Store – all of them legal, paid-for downloads. So the major record labels must be chuffed with Steve Jobs, right? Wrong. They don’t like Apple’s dominance of the market, they don’t like Jobs’ insistence on every song costing the same price, and they don’t like the way Apple keeps its iPod profits to itself.

One way of breaking that dominance is to throw their weight behind rival services like the music stores run by Amazon and Nokia – companies big enough (potentially) to pose stiff competition to iTunes. But another trend is for the major labels to wonder whether they couldn’t do this music selling lark themselves.

To wit: Total Music. It’s the brainchild of Universal Music Group, which is getting other labels on board, and it aims to solve all those complaints above. So, it’s a music subscription service, except consumers won’t pay the subscription – MP3 player makers and handset manufacturers will.

The theory is that these companies will sell millions more players, so it’ll be worthwhile. Cynics would argue that the major labels didn’t do a great job of selling music last time round, with Pressplay (a digital store run by UMG and fellow label Sony BMG, which flopped). Watch out for Total Music next year, when it’s set to make its debut.

Led Zeppelin RAWK. Millions of people tried to get tickets to their reunion gig at the O2 Arena, which takes place in just a few days time. Plant, Page, Jones and Bonham (Jr.) will doubtless bestride the stage like stadium colossi (or something), but in parallel to the big gig the band have launched a host of innovative digital promotions.

So, they looked for a support band on Web 2.0 site Ziddio, launched an interactive gig timeline on their own site, ran a promotion on Music 2.0 site imeem, and unleashed a special $99 digital box set on iTunes for people wanting to catch up with their back catalogue. Not bad for a bunch of old geezers.

Meanwhile, even Bruce Springsteen is on MySpace, The Who are launching an online subscription service for hardcore fans, and I’ve written above already about Sir Cliff joining the variable digital pricing revolution. It’s interesting that these old, established artists are frankly embracing digital music in a more innovative way than many of their young whippersnapper rivals.

News came through the other day that Telly 2.0 service Joost is launching a dedicated Hard-Fi channel. Yes, that’s right, an entire TV channel devoted to one newish band from Staines.

It’ll have videos, tour diaries, live gigs, interviews and behind-the-scenes footage, with fresh material being added regularly. Expect more bands to follow, sensing a chance to engage directly with their fans (without some sarcastic Popworld presenter getting in the way), at a relatively low cost – since many are already filming this kind of stuff for DVD extras.

Joost has plenty of other music channels already, of course, as do its rivals in the Telly 2.0 sector. Expect to see more forward-thinking bands signing deals with these companies in the coming months – not least because the egothrill of having your own TV channel will keep the average lead singer happy for months.