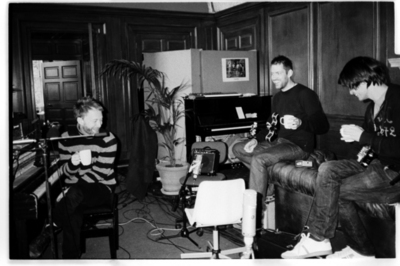 After the kerfuffle this weekend surrounding the mysterious RadioheadLP7 website, which turned out to be a hoax, now Radiohead have actually annnounced their new album. It’s called ‘In Rainbows’, and the band will be selling the digital version themselves in just ten days time. Oh, and it’s up to you how much you pay for it.

What’s that? You don’t trust me after the last time I raised your hopes? Well, it’s an official announcement on the Radiohead website, with a link through to the In Rainbows site, where you can preorder the digital album, and also order a £40 ‘Discbox’ version which includes vinyl, CD and a bonus CD – as well as the downloads.

Related posts
Bah, that Radiohead website was fake after all
RadioheadLP7: Is the new Radiohead album actually going on sale tomorrow?
Radiohead shuns iTunes in favour of 7digital