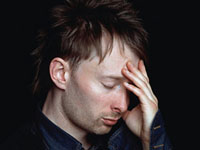 Radiohead has said the independent sales data released for its ‘In Rainbows’ digital download is a load of old rubbish.

The band said that Comscore’s figures are “wholly inaccurate and in no way reflect definitive market intelligence or, indeed, the true success of the project.”

The band’s spokesman added that “as the album could only be downloaded from the band’s web site, it is impossible for outside organizations to have accurate figures on sales.”

Which sounds like they did quite a bit better out of it than previously thought – although Thom and co. declined to boast about just how much cash they earned from the decision to dump the record label and go it alone. It’s not in their nature.