Namco Bandai and the rapper Snoop Dogg are set to team up in the arcade to console port of Tekken Tag Tournament 2.

If you're sick of sending out the same stock Christmas cards every year then you should check out this latest shizzle from Western Union. To mark the 160th anniversary of the company's famous Singing Telegram service, Western Union have teamed…

Legendary rapper Snoop Dogg has made MySpace his platform of choice with which to launch his new album, Doggumentary. You can listen to the album in full (with expletives cut) by clicking here. It's an unusual choice for the Dogg…

Do you watch Snoop Dogg’s reality TV show – “Snoop Dogg’s Father Hood”? No, nor me, but apparently this shed features heavily in it. Whenever Snoop tires of the limelight, and needs some alone time (with a camera crew present, obviously) he heads out to his shed. However, he recently upgraded the “Dogg House” to a new model, so he’s flogging the old one on eBay. Over to Snoop:

“I’ve had this shed since the turn of the century. I’ve watched football tapes, seen the Lakers win championships, and, most of all, written hits in it”.

Editor Dan also suggested he might have “nutted” some bitches in there, too. What does that even mean? Ah well, either way, all proceeds from the sale will go to Snoop’s Youth Football League, though I’m assuming that’ll be American Football, not real football.

According to reports, the Prime Minister is on Twitter.

Unsure as to whether it’s actually him who’s logging those entries (which are mostly feeds from the 10 Downing Street website’s news feed), we’re quite impressed with the staid black background and ominous ’10’ Twitter logo. With 146 followers, they’re not actually following anyone themselves, not even the Dogg himself, Snoop Dogg.

Gordon Brown is likely to be the world’s first head of government to use Twitter. Which just begs the question, really – has Twitter jumped the shark, then?… 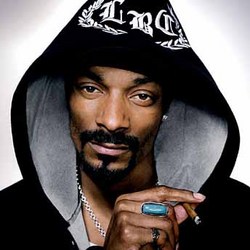 Imagine the problems Snoop Dogg would have if his keyboard’s ‘z’ key packed up. He’d be stuck! Thankfully, it’s not happened yet, and Snoop is proving his Web 2.0 credentials by launching his very own Twitter feed. 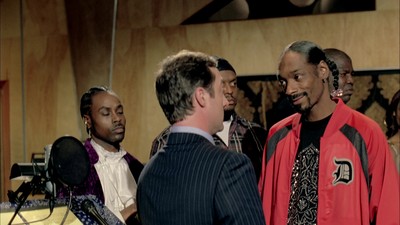 It’s the battle of the A-list giants. Yesterday, 3 promoted a new mobile game by hiring Gemma Atkinson to pose for photographs in a miniscule grid-girl outfit. Today, Orange announces that it’s got Snoop Dogg starring in its new cinema advert. Sorry 3, you lose this time.