In a move that's surely set to aid Amazon's revenue gathered from those browsing the Google search engine for low product prices, it appears that the two web giants have teamed up to give Amazon product pages more prominence in…

Microsoft's long awaited motion controller, the Kinect, has finally touched down on UK shores. A motion sensor that tracks 48 joints on your body, there's no longer a need for buttons or control sticks to play games, instead with the…

HTC put on a good show at this weeks MWC 2010, with their Desire, Legend and HD Mini handsets impressing the crowds. eXpansys have revealed the handsets are all due for an April 12th release. Prices are as follows: HTC…

Just as it seemed that the Blu-ray format had finally turned the corner onto Mainstream St., the high-def format has been dealt another blow. It looks like Blu-ray disc prices are about to rise as the cost of polycarbonate is…

Vodafone has announced its new USB Stick Pro offering customers access to its HSDPA 7.2Mbps network, claiming that it has the most reliable and fastest mobile broadband network in the UK.

Having said that, the announcement is honest enough to warn users that average download speeds are anywhere between 1-5Mbps, with maximum upload speeds of 2Mbps but an average of 1Mbps…

Oops. Dave Perry, the founder of Shiny Entertainment (no relation), revealed in Leipzig today that Sony has lost more money marketing the PS3 to a reluctant audience than they made during the five years that the PS2 was top dog… 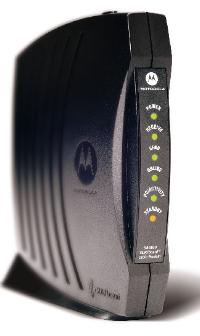 According to the latest survey by price comparison website uSwitch.com has found that average broadband prices have dropped by over one-third in four years. However, that’s your lot, apparently.

The bods at uSwitch reckon that no-one should now be paying more than £20 per month for standalone broadband. However, it can still be quite confusing to work out exactly what you’re getting when signing up for a service, particularly as some require a BT line, some come with other bundled services, others give you money off if you subscribe to other services, and they all seem to claim different “top speeds” and “fair usage” policies.

You could have one MacBook Air – UK price around £1200 – or you could get SIX Asus Eee PCs and leave them dotted about the house for the ultimate in connected futuristic living spaces.

Or you could just get one Asus Eee PC and have a grand left over to spend on doing up the house or buying a new TV. Or two new TVs. A 40″ for the lounge, a 32″ for the bedroom and an Eee PC. Or perhaps a different combination? Maybe you’d prefer two super-powerful Dell XPS laptops for the price of one MacBook Air? Or four decent Toshibas with the same spec only in slightly fatter cases?

Hooray for European bureaucracy for once!

Apple has agreed to cut its UK iTunes prices by 10%, following pressure from the European Union’s anti-trust watchdog.

Prices for UK downloads were 10% higher than they were with the rest of Europe – which is unacceptable behaviour for companies within the modern, free European market…

Christmas is in CRISIS! Nintendo’s Wii console is already sold out across the land, with desperate mums forced into prostitution (unconfirmed, but likely) in order to fund the excessive prices being charged by online shops for the few Wiis still available.

And just one look at the mass eBay shame out there will show you how bad it’s getting. Chancers are trying to shift used…