Denver man, Ron Peckman caused a big stir over the weekend when a lack of anything even remotely exciting happening in the rest of the world saw his bid to form an Extraterrestrial Affairs Commission rocket him to the height of news media fame.

Well, actually it was his claim to have genuine footage of an alien prowler that captured most people’s imagination, and of course, we want to see it for ourselves. And, errr, here it is!

Incredible… Shame that it’s fake. Or rather, this is a fake version of the real video footage that Peckman claims to have. And we’re pretty sceptical about that one too.

The word is that this was a quick fake whipped up by a Colorado man with a few hours on his hands. Still, it ain’t all that bad when you see some of the still images circulating that are supposed to be from the real video. 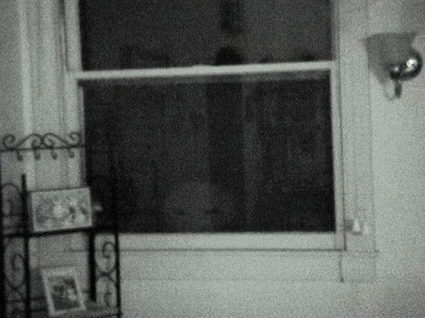 Personally, I think I prefer the alien-on-a-string to the Stewie Griffin silhouette.

Anyway, it looks like Mr Peckman is going to have to pull something incredible out of the bag when he makes his video public. In the meantime keep an eye for all the spoofs circulating YouTube. Could be the dawning of a whole new internet meme.