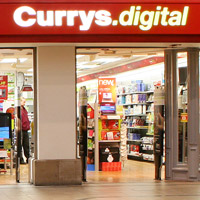 Following a ‘radical’ review, DSGi retail group which operates Curry, Currys.digital and PC World stores here in the UK, is set to close 77 of its high street Currys.Digital (formerly known as Dixons) stores. The 100 remaining shops will be trialling new formats later in the year and rethinking the product lines they have in stock.

The results of chief executive John Browett’s review have been a hot topic, especially in wake of revelations that US retailer Best Buy is preparing a huge assault on the UK following a deal with The Carphone Warehouse.

Frankly, all this comes as little surprise and I’m not even remotely upset at the prospect of a big US corporation thundering in to grab the reigns of the UK’s high street electrical retailing. Good on them.

Dixons or Currys.digital or whatever ridiculous guise it’s operating under this week has slowly but surely earned itself a diabolical reputation in tech retail. It is invariably over-priced, its staff are usually surly and don’t have the first clue what you or they themselves are talking about, and what they’re selling isn’t worth the time of day either.

Unsurprisingly, Mr Browett has a somewhat less disparaging view of the business: “DSGi has many inherent strengths as a leading specialist electrical retailer, including market leading positions and strong supplier relationships,” he said, but admitted “it has not kept pace with its core customer needs, particularly in the UK.”

He also plans to give a PC World and Currys stores a makeover at the same time. The goal is to make PC world the “destination for computing and new technology digital products and services”. I think a ‘never knowingly undersold’ policy would help, but heaven forbid its customers actually discover internet shopping.

Currys meanwhile will be trialling a new store format, although it is unclear exactly what form it will take.

I do feel sorry for the staff. Curt, rude and ignorant are the terms I’d use to describe most of them, but it’s also clear that they get little incentives to do what they do and even less training. Hell, if half of them actually had the first idea about the crap they sell, they might even have a chance of selling it at those laughable prices.