Currys PC World has launched a full shopping app for the first time ahead of Black Friday and the busy Christmas shopping period. Users will be able to find items and make purchases directly through the app, which has been released on both Android and Apple’s iOS. The retailer, which is part of Dixons Carphone,…
25th November 201925th November 2019 Chris Price Apps, News 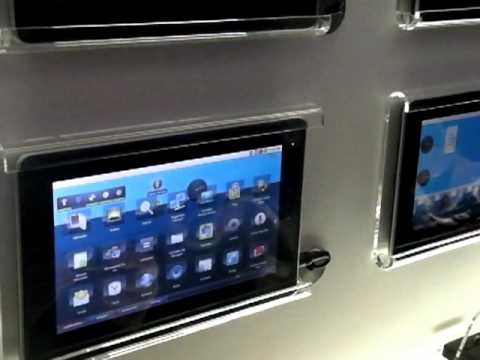 It's been barely ten days since Toshiba launched their Folio 100 tablet in the UK, but already the new slate device's vital signs are beginning to flatline. Launched on November 4th in PC World stores up and down the land,…

Tech Digest got to have a play around with the latest touchscreen PCs available from PC World today. We've got all the specs and pics you need on the range, including the Dell Inspiron 19 CDC, Packard Bell's onetwo 8020,…

PC World has announced that they’ll be exclusively stocking the Advent PQD-9002 desktop PC. This looks like being a good, media-centre, family PC.

It’s got an AMD Phenom X4 9350, 2GHz, Quad-Core processor with a 512MB ATI Radeon HD4350 graphics card so it should be able to handle gaming pretty well as well as playing video without any lag. There’s 4GB of RAM in there and has a fairly substantial 640GB hard-drive so you can store plenty of media as well.

The Advent PQD-9002 will cost just under £600 with an 18.5-inch LG monitor. It will cost slightly more if you want a bigger screen – 20 and 22-inch monitors are also available. It’s a shame it hasn’t got a Blu-ray drive but it’s not a bad price for what you’re getting. 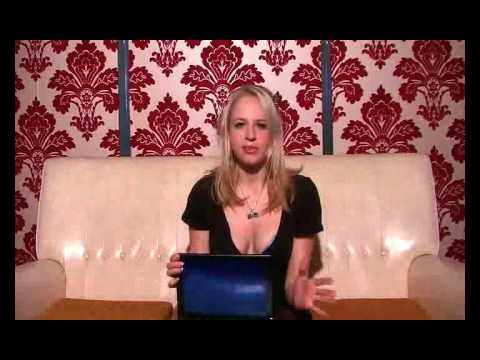 Zara got her hands on the Advent 4213 netbook the other day, and she liked it a lot. For me though, it seems to be trying to be a full-size laptop, rather than a diminutive netbook. It’s got a 10.2″ screen, a massive hard drive, 1GB of RAM, and it runs Windows XP – three things which I avoided when buying my Aspire One netbook a couple of months ago.

Still, if you’re not the sort of person who wants the full-on Linux-and-SSD netbook experience, then perhaps it’s for you. Check out the video above to see.

Microsoft has announced that it will be launching its Equipt software subscription service in the UK next week. We announced the service in July, when it became available to US customers for $70 per year.

The service offers Microsoft Office Home and Student 2007, Windows Live OneCare, and Windows Live tools for an annual subscription of £59.99 (the exchange rate rip-off is at work again). It will initially be sold through PC World.

PC World has announced the launch of its new Advent Eco PC, a desktop computer which uses just 25 watts of power, yet hasn’t skimped on specs.

It has a T5250 Intel Core 2 Duo processor, 2GB of RAM, 160GB hard drive, DVD writer, four USBs and a DVI output, wireless keyboard, and built-in Wi-Fi (hence the big antenna sticking out of the back)… 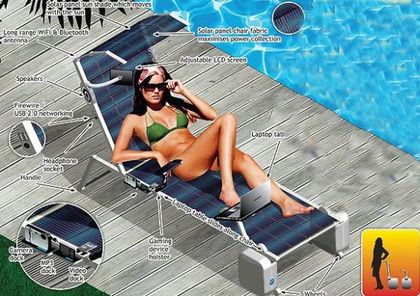 Experts from the computer retailer PC World have created this concept of a new breed sun longer; one designed for the modern gadget-dependent consumer. 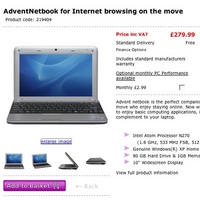 If you were unlucky enough to miss out on the MSI Wind after wanting one so very, very badly, then fate has cast you a second chance in the form of the PC World home brand version, called the Advent Netbook 4211, which hits the shelves tomorrow…