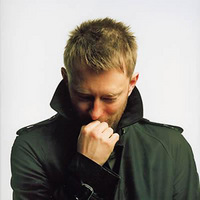 While Radiohead is still to say how much money it made out of letting users set their own price to buy (or have for free) its In Rainbows album (HINT: lots), it looks like that’s the first and last time the band will release anything in such a way.

Speaking of the revolutionary – and much-copied – download scheme to the Hollywood Reporter, Thom Yorke said “It was a one-off in terms of a story. It was one of those things where we were in the position of everyone asking us what we were going to do. I don’t think it would have the same significance now anyway, if we chose to give something away again. It was a moment in time.”

With the physical CD of In Rainbows managing to top the charts as well even a few months after the download release, it looks like the boys have decided to go all retro and sign a mega-bucks deal with a traditional, old media record label for their future output.

You read it here first. The shops are the new the internet. Soon all the cool kids will be buying bits of plastic in Zavvi.