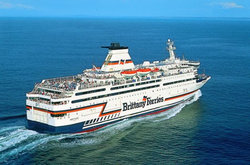 I’m off to Barcelona next week for the Mobile World Congress trade show, but I certainly won’t be firing up my mobile web browser while I’m there. Even small data consumption when overseas is outrageously expensive under current tariffs. Thankfully, the European Commission is on the case, pressuring operators to cut data roaming costs.

Some are responding already. 3, KPN and Play have announced a deal to offer a wholesale data rate of 0.25 Euros per MB of data (about 18.6p) to their customers. The deal actually covers ten operators – KPN (Netherlands), BASE (Belgium), E-Plus (Germany), Play (Poland) and 3’s subsidiaries in the UK, Italy, Ireland, Austria, Sweden and Denmark. The new rates kick in on March 1st.

The companies are challenging other operators to join them, and say that currently, the average roaming price in Europe is 5.24 Euros per MB. Of course, such a deal will be much more important if they can tie in some or all of Vodafone, Orange, Telefonica/O2 and T-Mobile.