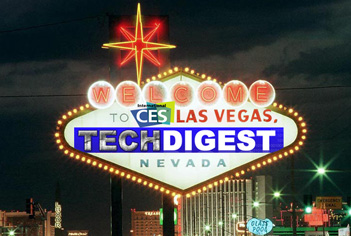 The flights have been booked, several rooms at the Treasure Island hotel have our names written all over them, and every 99 cent margarita manufacturer on the strip has been notified of our arrivals.

It can only be CES time, bringing with it a feast of more electronic goodies than Father Christmas can pack in his sack, all being shown off at 2008’s Consumer Electronics Show in Las Vegas. Join Stuart Dredge, Al Warmington, Gemma Cartwright, Susi Weaser, Alex Roumbas and myself on this magical mystery tour kicking off this Saturday the 5th of January, on both Tech Digest and our girls-gadgets blog, Shiny Shiny.

1.) More bloody format wars – HD DVD or Blu-ray? Blu-ray or HD DVD? The war is still a-raging 12 months on from the last CES, where LG launched the world’s first multi-format player. With both camps holding conferences exploding in propaganda even Goebbels would be proud of, every CES-goer’s orifice will be crammed, bammed, and thank-you m’am-ed to breaking point. If a clear winner isn’t announced by the 10th of January, or if yet another company joins LG and Samsung with their fence-sitting multi-format players, I’ll…I’ll…I’ll delay flogging my DVD player on eBay for another few months. The format wars at CES will be very bloody indeed.

2.) Bloomin’ big tellies – With the bar raised by Sharp and Panasonic in the past year, Tech Digest can reassure you that at least one company will join the willy-measuring competition and eclipse the current heavyweight champ, Sharp, by at least 0.2 of an inch. 103.2″ LCD telly, anyone?

3.) Procuring the seat closest to Bill Gates at Sunday’s keynotes speech – You thought flying out of Las Vegas’ airport on the morn of January the 10th was bad enough, racing the rival publications to the baggage X-ray machines and so on? You ain’t seen nothing until you’ve seen the swarm of hungry chanters of Gates’s name filling the corridors of the Venetian. You can’t even call it a queue – something us Brits struggle hugely with, obviously. This year we vow to be at one with our American brethren, and simply hover closest to the door as humanely possible. Even if it means getting close enough to Robert Scoble, you can see the sweat marks appearing on his blue Old Navy shirt as he strains for a closer look at the action.

4.) Crazy and slightly unethical Japanese invention involving pets – A recurring theme at consumer tech shows, expect to see a contraption promising to aid you in cleaning/feeding/walking/pleasuring your dog/cat/llama. We’re all anticipating many more surreal animal-related gadgetry, along the lines of dog-powered scooters, pet washing machines, and mobile phones that can feed your moggies. I’m personally hoping for an automatic hamster-disposal unit for when your Russian Dwarf inevitably bites the dust 18 months after purchase (ie, 16 months after the wearing-off of the novelty).

5.) The scrumptious free lunch at Saturday’s CES Unveiled – Whilst the whole of the US, especially Vegas, is very friendly to those on the GBP, who can resist a free lunch? Especially when it consists of actual cauldrons full of mussels and white wine sauce, and various other delicacies? Now, if only the darned products we’re getting a sneak peek at weren’t on show at the same time, so we could take full advantage of the chocolate mousse…

Keep your eyes peeled over the next few days for part two in Tech Digest’s list of top ten things we’re looking forward to at CES.