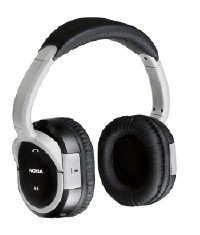 Wire, huh? What is it good for? Absolutely nothing. Well, it does keep chickens in their place I suppose, but apart from that, wires are intrinsically rubbish. They get in the way, get tangled up, and when they’re white and attached to an iPod, they get you mugged.

Thankfully, one of the key Tech trends of 2007 is Bluetooth audio, which does away with wires altogether. It’s a relatively new thing, mind. For years, Bluetooth headsets were just about making voice calls while walking down the street looking like you were ranting away to the voices inside your head.

Now, though, thanks to the A2DP Bluetooth profile, music has got in on the wireless act. It’s featuring increasingly inside mobile phones, MP3 players and hi-fis, but even if you don’t fancy upgrading your existing gadgets, there are converters to help you go wire-free.

The next six months will see plenty more mobile phones coming out with A2DP support – in fact, it’ll soon become a standard feature in any music-focused phone. What’ll be interesting will be to see if more manufacturers bundle Bluetooth headphone/headset combos in with their new handsets. Certainly the likes of Nokia and Sony Ericsson are trumpeting their swish new Bluetooth music gear.

More Bluetooth headset manufacturers will catch onto the music wave in the next six months too, which should result in a flood of A2DP-capable headphones, from the expensive to the affordable. 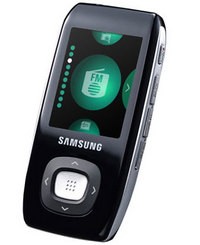 Bluetooth will also become a more standard feature in MP3 players, as manufacturers realise that wire-free music is a big selling point. Samsung’s YP-T9 is a good example of the kind of player I’m talking about, but Bluetooth is on the roadmap of anyone who’s anyone in the MP3 world.

Including Apple? Hopefully, yes. Much of the speculation around the company’s next-gen iPods concerns whether they’ll be widescreen and touchscreen models. But Bluetooth would also be a welcome feature, even if it does mean doing away with those iconic white earphone wires. In the meantime, more headphones manufacturers will find a way to make the iPod Bluetooth-friendly.

At a slower pace, Bluetooth technology will make its way into the hi-fi world, with more models coming out following the example set by Philips’ BTM 628 and BTM 630 systems and the iSymphony V1BLUEe. As more people become aware of Bluetooth music, gadgets like the iBluon Bluetooth stereo audio transmitter will become more popular too.

Finally, the second half of 2007 will see a shedload of standalone Bluetooth speakers released, following in the footsteps of Samsin’s SBS-6600, GEAR4’s HouseParty Blu, and Linx’s B-Tube.

Put simply, in the next six months, Bluetooth is going to increasingly become a standard feature in just about every music product category you can think of.

2. What will sticking Bluetooth in an iPod do to the battery life?

3. Will people think I’m a mentalist if I go shimmying down the street with a big pair of wireless headphones on?