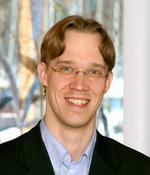 That’s what Nokia’s Tommi Mustonen said earlier this afternoon, admittedly in answer to a direct question from a journalist on whether Nokia is predicting the death of the standalone MP3 player. Gotta love those leading questions.

And happily he had the balls to take the question head-on, although not so far as to offer Steve Jobs out for a fight while smashing an iPod to bits with a big hammer. If I ever go into PR, that’s the kind of thing I’d suggest. Meanwhile, Mustonen also outlined some of the other stuff Nokia is doing in the music field.

A lot of it was fairly standard stuff, about how music is a huge part of Nokia’s N-Series multimedia computers (NOT mobile phones, remember), and how people are using them heavily, whether it’s buying music on the Internet from services other than iTunes and loading it on to the devices, or ripping their CD collections and transferring them over. 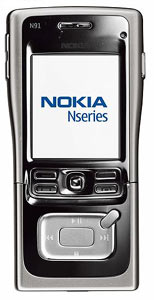 He did mention Nokia’s policy of putting a standard 3.5mm headphone jack on the N-Series handsets so that people can use their normal headphones – which other manufacturers haven’t quite got round to doing yet – and also talked figures, saying that Nokia has effectively sold more than 100 million MP3 players in 2005 and 2006.

Someone did ask the question of whether all the people who buy these MP3-capable phones are actually using them to play music, and Mustonen replied that in a study of Series 60 users, 64% are using their phones to listen to music several times a week or more.

Interestingly, radio is increasingly seen as an important feature by Nokia, so they’re going to be putting it across the device range – I’m not sure if this is just N-Series or all the company’s mobile phones – and has also developed a Station Directory database of over 100,000 radio stations around the world, which the FM tuner on your phone will be able to access to give you details of what’s available. This year alone Nokia has sold 150 million FM-radio-enabled devices, y’know.

He also talked podcasting. “It’s probably the fastest growing audiocasting phenomenon at the moment,” he said. “Our podcasting application allows device owners to go out to the Internet and start searching for podcasts, subscribing to them, and then getting them delivered direct to the device using 3G or wireless LAN. It’s clearly highlighting the importance of connectivity, as there’s no need to use your PC with this application.”

He also waxed lyrical about Nokia’s new Music Recommenders service, which has 40 or so independent music shops around the world picking their favourite new tunes, which can then be bought by users. David Bowie is involved somewhere along the line too.

Next year, as previously announced, Nokia will launch some kind of bigger music download store. But the iPod was never far from the minds of us listening hacks, especially when Mustonen talked about how mobile phones’ key advantage is connectivity. I’ve been reading Apple iPhone rumours on the internetweb for years now, and sooner or later it’ll surely happen. What then for Nokia?

“There is a possibility that different players will come into the market,” he said. “But if MP3 manufacturers are going to implement a phone feature, bringing in connectivity and other mobile features, they are basically doing multimedia computers and directly competing with us. And that’s competition we’re happy to take, and we plan to win that game.”

Other stuff from this session: Nokia is keen to get USB 2.0 into its music handsets, especially the ones with larger hard drives inside, to make transferring a stack of tunes across quicker.

And fear not Mac users, there is apparently already software available on the Nokia website allowing you to sync songs you’ve ripped to iTunes (as opposed to bought) with your Nokia handset. I’ll have a look for it and post a link once the conference is over.

OUR OTHER NOKIA WORLD COVERAGE
Are you a life juggler or a technology stylist?
Geek TV crosses Miami Vice and Dom Joly with YouTube and, er, breasts
Hands On talks football, mobile advertising, and its Mobizines rival
Refresh Mobile talk about their award-winning Mobizines
Fancy a 100GB mobile phone with a built-in projector?
Next-gen N-Gage to work on 5-7 phones from Day One
Ruud Gullit on gadgets and marriage: “It’s like warfare…”
Two mobile phones and one DJ Slow…
Nokia promises WiMAX handsets in 2008
Tech Digest goes to Nokia World

One thought on “Nokia World: Nokia declares war on the iPod!”