American fast food chain McDonald’s has bought an AI machine-learning company that will automatically change its drive-thru menu panels depending on factors such as weather, time, restaurant traffic and trends. The technology means that it could suggest McFlurry ice cream products on hot days, or show what is popular at that particular restaurant at the…
27th March 201927th March 2019 Chris Price Artificial Intelligence, News

Tech gifts don't have to be about screen sizes or processing capabilities these days. In fact, they don't have to be physical gifts at all. You can put a smile on a loved one's face just by setting them up…

Name: Wired Type: iPad magazine app Price: £2.99 (iTunes) Wired, a magazine founded to cover all aspects of the digital age we live in, was always destined to hit the iPad. It was probably written in the stars somewhere…

Spotify is offering Chris Anderson’s new book Free: The Future of a Radical Price
, narrated by the author himself, free to all UK users.

It’s the first time Spotify has made an audio book available although they’re keen to stress that it’s only a trial – for the time being at least. “We’re going to trial it, see what people think and who knows, maybe this is the start of something new for us…” said Andres Sehr of Spotify.

Chris Anderson, the author of the hugely successful The Long Tail and current editor-in-chief of Wired is the perfect guinea-pig for the experiment. He is hugely influential in terms of the internet and web-culture and Free should appeal to a large number of Spotify users.

It’s quite a coup for Spotify as well. Free only been available for a few days in hard-copy and is sure to be a best-seller. It tells the story of new world where the old economic certainties are being undermined by a growing flood of free goods as the result of new technologies, such as the internet.

If you did want to buy Free in its hard-copy format, it’s available on Amazon for a bargain £8.54. The Long Tail is available in paperback for £6.69.

Dan and I have been using the keyboards that came with our PCs for a long time, and they were starting to get a bit mucky. Imagine our delight, therefore, when Logitech got on the blower and asked if we fancied taking a look at some of their newest, swankiest keyboard models. Check out the video above to see what we thought.

It was only the other day I was writing in-depth about organised crime and malware on the web and now it not only seems that the authorities managed to do something about it but that they were doing so all along. Well done boys in blue.

In this case it was the boys in blue and yellow windcheaters, that I’ve grown to love through Hollywood cinema, and they’ve only gone and smashed one of the biggest malware forums out there, known as the DarkMarket…

Brought to my attention by Gizmodo, I am simply appalled by this feature Wired has published not just online, but in their latest issue, too. As a longtime fan of Wired magazine, reading it for over four years now, I’m shocked at how they could misrepresent and alienate their core readership in a blatant attempt at linkbaiting.

Is anyone else getting fed up with how the mainstream public has opened their arms to the big ‘G’ word, and any old internet-user with a Mac or a penchant for shopping at Threadless describes themselves as one? Do you think any of the American Apparel models stereotypes in the picture above, courtesy of Wired, got ostracised in school for spending every lunchtime in the library, reading X-Files books, and preferred racing home to play PC games instead of partaking in after-school basketball lessons? Doubt it…

Many people thought Radiohead were mad to let fans choose their own price for the band’s new ‘In Rainbows’ album, but it appears Thom Yorke and co are having the last laugh. In the latest issue of Wired, he says the band is rolling in dosh (I paraphrase, obviously): 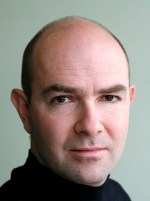 Exciting stuff at Nokia World, with Wired head honcho Chris Anderson taking to the stage for his keynote, entitled ‘Free’. It’s his new Big Idea following up the long tail, and he’s giving us a preview of it, in advance of a book due out next year. Liveblog follows, in chronological order.