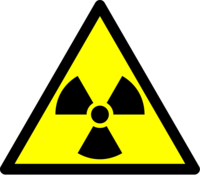 It was only the other day I was writing in-depth about organised crime and malware on the web and now it not only seems that the authorities managed to do something about it but that they were doing so all along. Well done boys in blue.

In this case it was the boys in blue and yellow windcheaters, that I’ve grown to love through Hollywood cinema, and they’ve only gone and smashed one of the biggest malware forums out there, known as the DarkMarket.

But the plot thickened like a bowl of tomato soup left out in the sun when it was actually revealed that it was the FBI who were controlling the DarkMarket in the first place. The whole damn thing was one giant honey-trap and those pesky spammers have got the sticky stuff all over their faces.

E-mails from the FBI undercover agent showed that their “hacker” on the inside, aka Master Splynter, infiltrated the forum in November 2006 and started leading the authorities to over 60 arrests in the last two years as he began to take over the DarkMarket altogether.

The site was finally closed after kidnappings broke out but it was Master Splynter, agent J. Keith Mularski, who ended proceedings with the words:

“It is apparent that this forum … is attracting too much attention from a lot of the world services (agents of FBI, SS, and Interpol). I guess it was only time before this would happen. It is very unfortunate that we have come to this situation, because … we have established DM as the premier English speaking forum for conducting business. Such is life. When you are on top, people try to bring you down.”

For the full, uninterupted and somewhat lengthy account, go and check out Wired’s account. They should know. They have a blog dedicated to that stuff.