Of all the buzz-terms floating around the mobile industry over the past twelve months, few have the potential to be more exciting than that of 4G. But, just like any with new technology, 4G has been wrapped up in…

There's a lot of noise coming out of CES this week about 4G phones. But what is 4G? What can it do and when is it coming to the UK? So what's 4G then? – It is the next…

EDGE, 3G and HSDPA are all very well, but what will the next jump in technology be for wireless internet? There are two competing technologies – WiMax and LTE. Which one is likely to win the race in the UK?

WiMax is based on Wi-Fi, and doesn’t require a SIM card for usage. Its benefits are that it’s an open standard – anyone can create the gear required to use the technology without paying license fees. That means the tech can be up to half as expensive as the equivalent LTE tech.

LTE, on the other hand, is based on the existing 3G network technology. In fact, LTE stands for “The Long Term Evolution of 3GPP”. Its advantages are that it’s well-understood by carriers, and when a device is out of range of an LTE signal, it can drop back to a 3G or 2G service. LTE’s currently a little faster, too, but that difference should be addressed by the ratification of a new WiMax standard later this year.

In the last year or so, Motorola’s been trialling an LTE service, but there are already commercial WiMax deployments out there. As a result, WiMax has an early lead. But given how entrenched many operators are in their love of 3GPP networks, we’ll soon be seeing more of that. In fact, Motorola’s already testing an LTE network.

What’s eventually likely to happen, however, is that laptops and netbooks will rely on WiMax (thanks to lower prices and enhanced compatibility) and LTE will take hold on mobile devices, just because it’s easier for operators to continue working how they do now.

So I reckon it’ll be a draw, and both technologies will have their own places in the next 5-10 years. Bit of a cop-out, perhaps, but there you go. What’s your opinion? Drop us a tweet at @techdigest letting us know exactly how wrong we are.

This, ladies and gentlemen, is the Samsung SWD-M100, otherwise known as the Mondi, and the big deal about the Mondi is that it’s Samsung’s first mobile device supporting WiMax.

It’s got a full slide-out QWERTY with an interesting looking D-pad, which I’m hoping is game-centric rather than straight ease of navigation because you might as well use the touchscreen for that kind of thing.

Samsung will, of course, utterly cripple the device with Windows Mobile, rumoured to be the 6.5 version, but you can expect to see the handset soon on the Clear network in the US, making it the first WiMax mobile in their market. Who’d like to put down money that Samsung isn’t going to miss the opportunity over here too?

And here we are still trying to think of a reason for 3G to exist.

The HTC Max 4G is the first so-called 4G mobile, thanks to HTC’s technicians incorporating WiMAX technology inside a very similar package to its Touch HD – and therefore giving theoretical, network-permitting, mountains and trees-permitting, battery-permitting maximum download speeds of around 70Mb per second…

Nokia, Sony Ericsson, NEC and Alcatel-Lucent have all sat down and formed a licensing framework for a new mobile standard called Long Term Evolution, which can be shortened to LTE, or simply 4G as that makes things much easier to follow… 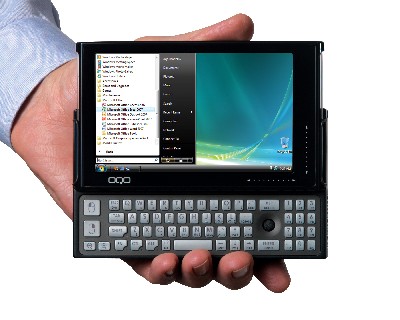 We caught up with OQO at last year’s CES – it’s the grand old inventor of the UMPC market. At least, that’s what they say. Anyway, OQO is showing off a WiMAX-enabled version of its Model 02 UMPC at CES this year, in partnership with US telco Sprint, which is rolling out the Xohm WiMAX network. 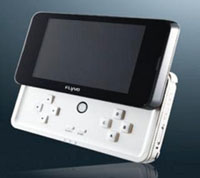 It’s basically a marginally redesigned version of the iRiver G10, but with a very lovely 4″ touchsceen LCD display and WiMAX for Americans, it could well find itself bulking out a good few coat pockets this winter.

That screen’s resolution is an impressive 800 x 480, it has the oomph to play MPEG4

Broadband on mobile phones will continue to grow in popularity as coverage and speed improve. A new study by Arthur D Little suggests that HSDPA will become the dominant method of delivering high-speed Net access to mobile devices, receiving the…

It sounds obvious when you think about it: like everything else, running a mobile broadband service uses up energy. Industry experts have warned that the energy required per subscriber will significantly increase with the widespread rollout and usage of mobile…