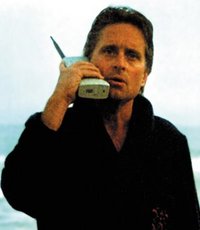 Nokia, Sony Ericsson, NEC and Alcatel-Lucent have all sat down and formed a licensing framework for a new mobile standard called Long Term Evolution, which can be shortened to LTE, or simply 4G as that makes things much easier to follow.

The first 4G networks are going to rolled out in the US and China and are seen as a direct competitor to WiMAX technology. The companies have also agreed to keep royalty payments for the use of LTE patents quite low so as to give the budding technology a chance to succeed.

Intel backed WiMAX has yet to see a particularly widespread roll out, although it’s safe to say it’s further down that road than 4G and that there are going to be a few upsets in the future as the competing standards spar. However, each believes that the end result could be a wireless technology that spans mobile phones, laptops and even fixed broadband connections replacing everything from 3G to Wi-Fi.

One current obstacle for 4G is that Vodafone, the world’s largest wireless service provider, is not yet on board. Vodafone CEO Arun Sarin has revealed that it is in support of the development of a new standard, but hasn’t yet committed to it.