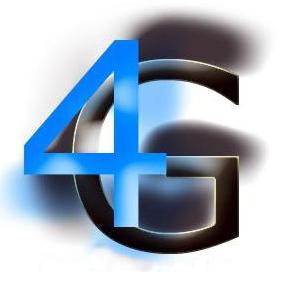 Of all the buzz-terms floating around the mobile industry over the past twelve months, few have the potential to be more exciting than that of 4G. But, just like any with new technology, 4G has been wrapped up in so much jargon and hype that it can be difficult to spot just what makes it so special.

This quick beginner’s guide should help you better understand what all the fuss surrounding 4G is all about, and what makes 4G potentially so cool for smartphone and tablet users the world over.

You may have been able to figure this bit out from the name alone; 4G represents the fourth generation of cellular communications standards, following on from 3G, and 2G before even that. In theory, 4G should allow for drastically faster cellular data speeds, perhaps as much as 10x as fast, which would allow for far faster download and upload speeds from mobile devices.

4G will deliver speeds of 100 Mbps for mobile applications and 1 Gigabit per second for fixed networks, making regular home broadband look snail-paced in comparison. In an age where downloading films, music and applications on mobiles is becoming increasingly prevalent, with higher-quality file types resulting in ever-growing file sizes, 4G will let streaming and downloading whilst on the go become a smooth, stress-free experience.

Are there different forms of 4G?

Yes there are. Long Term Evolution Advanced (LTEA) and WiMAX Release 2 are the 4G services which the International Telecommunication Union (ITU) have classified as true 4G. In a format war similar to Betamax and VHS, it’s hard to say which of the two 4G forms will be dominant, though LTEA seems to edging ahead at this early stage.

For instance, Verizon and AT&T both agree that; “LTE provides a more natural upgrade for [their] GSM/UMTS/HSPA/CDMA-based networks and subscribers – and GSM is the dominant mobile standard worldwide, with more the 3 billion global customers as of February 2010.”

Can I get a 4G connection yet?

In the UK no, and that’s unlikely to change until 2012 at the earliest. OFCOM are still divvying up the 4G spectrum in Blighty, but we’re expecting to here more news on this incredibly soon; perhaps even before the month is out.

In the United States, the answer is that you technically can get a 4G connection, but in practice right now it’s a little underwhelming. Though T-Mobile and Sprint both claim to offer 4G connections in the USA, the truth of the matter is that these are more like 3.5G connections, as they are built upon HSPA+ (not LTEA or WiMAX Release 2) technology. They’ll be upgradeable to true 4G once the network technology becomes available though.

When will the “true 4G” networks be available?

Despite marketing saying that 4G is already here, and that hopeful 2012 estimate for UK 4G we stated earlier, in reality we may still be quite a way away. It’s a massive investment for the networks, with a complex array of antennas, towers and other such infrastructure to put in place before we will see the true 4G download speeds of 100 Mbps that the ITU categorise as real 4G. To that end, you’re probably looking at 3 to 4 years, with some less-well-funded networks possibly never offering 4G connectivity.

Is it worth me buying a 4G phone then?

Probably not…yet. While handsets like the LG Revolution, the HTC Evo and the Motorola Droid Bionic are all capable of connecting to 4G networks, it’s going to be a little while yet before they’ll be able to access the full-fat 4G networks we described earlier anyway. With smartphone hardware moving so quickly, by the time the true 4G networks arrive, this first wave of 4G-enabled handsets may look quite aged.

Where can I find out more?

Check out Technode, the new quarterly digital magazine from the editorial team behind TechDigest.tv and ShinyShiny.tv.

We’re pumping more lengthy articles into the magazine, the sort that are too long to comfortable fit on here on the blog. This quarter’s issue includes articles on the 4G future, as well as pieces on Augmented Reality and also the top 20 most wanted gadgets.

It’s available as a free iPad and iPhone app, as an online edition, and available for other tablet and smartphone OS’s via Magcloud. Alternatively, you can order a print copy by clicking here, though this service comes at a small charge. We also plan to have a Kindle edition for future issues too.