We’ve reached the point of no free returns, says ParcelHero

2 in 3 UK households can get gigabit broadband, claims Ofcom

I know what you’re thinking. You’re thinking ‘goodness, I really should start doing my bit for the environment, and whilst I’m rubbish at turning things off standby, I could perhaps be convinced to buy an eco-kettle. But which eco-kettle should I buy?’, right? Oh. Well, perhaps you should be thinking that.

The world of technology isn’t exactly known for environmental friendliness. Greenpeace regularly rate a bunch of tech companies on their website and no-one is currently scoring higher than 5.1/10. Some companies score extremely poorly. Nintendo score just 0.8/10.

I’m a big fan of green tech. I studied Meteorology at University, and that came with a bunch of climate change and renewable energy classes. Both taught me a lot about what we really should be doing with our planet. Unfortunately, I also really like having new shiny gadgets full of pollutants and toxic substances. That internal conflict makes me sad sometimes, but I brightened up considerably when I saw the LoCO2PC…

The leaf-strokers and mushroom-worriers at Greenpeace have released another of their NAME AND SHAME press releases, this time focussing on the top three video game consoles.

Xbox 360, Wii and PS3 are all RAMMED with DEADLY CHEMICALS that are POISONOUS and BAD FOR YOU, according to the report, which points out that safe alternatives are available.

Currys, ever keen to announce that they’ve stopped selling something that’s either unfashionable or environmentally unfriendly, has told the British public that they’ll no longer be stocking patio heaters in any of their stores.

According to recent reports, using a patio heater for two hours produces the same amount of carbon dioxide as a car produces on an average day, adding 380,000 tonnes to Britain’s annual CO2 emissions.

Given the Great British weather, it’s no surprise that many people have decided to install outdoor heaters, particularly as a certain genre of DIY / home improvement telly programmes have encouraged doing wonderful and expensive things in the garden. 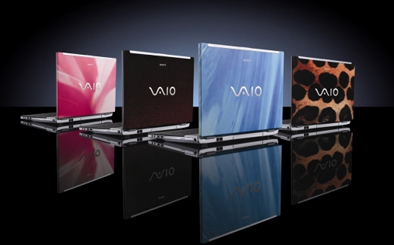 Nice product photography doesn’t detract from just how lame Sony’s claim is that they’re helping the environment with these Vaio laptops.

They’ve just announced the Vaio FZ Graphic Splash Eco Edition laptops to help quench Greenpeace’s rumours that they’re the least green company around save the environment, and admittedly are completely reaching for ideas. Claims that the ‘slim design for minimum use of natural resources’… 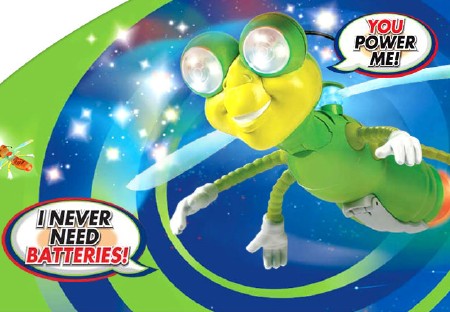 The Zen Design Group is to launch a range of children’s toys which feature LEDs powered by a hand crank that the child operates to provide power to the rechargeable batteries.

SEE Toys (Safety, Ecology, and Economy) include Dynafly, a laughing bug which moves its arms and head and whose eyes and tail light up with LEDs when the crank is turned.

“I wasn’t trying to be trendy,” said company president, Sun Yu. “I looked at my product line one day and thought about how nice it would be to not have to replace and purchase batteries. The product I wanted to make just fit into the times.”

They may be known for their garish orange but Stelios seems to fancy a colour change – his budget airline has unveiled a new fuel efficient plane, The Ecojet.

It’s not just a normal flyer with better fuel efficiency, this has two open rotor jet engines at the back of the airplane, which, according to the firm, improve the overall performance of the plane. The wings are swept forward to reduce drag and the body is made with lightweight carbon fibre to reduce the overall weight…

So, the latest news is that many of our decrepit coal and nuclear power stations are coming to the end of their working lives, and something drastic needs to happen to ensure that Britain can generate enough power for our 21st century lives.

Whatever your view on nuclear power, fossil fuels, and greener alternatives, there’s no denying that we’re a power hungry nation.

Next weekend, 21-22 April, Maxitech.biz is encouraging London residents to donate their unwanted computer equipment and other technology, helping children, cash-strapped organisations, and being green – all at once. In recognition of this year's International Earth Day, Londoners can drop…

One of the issues that has been given some attention at CeBIT this year is creating more environmentally-friendly consumer electronics products. With ever-increasing regulations and concerns over spiralling energy usage, both in industry and amongst consumers, it's encouraging to hear…