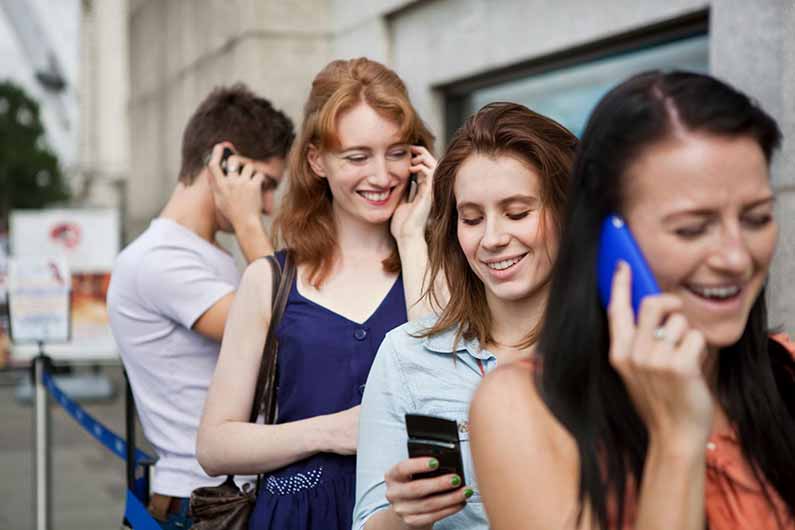 The detailed assessment involved GWS’ engineers collecting close to one million data and voice task tests on iOS and Android devices, alongside nationwide focus groups conducted in partnership with Jigsaw Research, and consumer research polling of over 2,000 smartphone users through YouGov.

The YouGov consumer polling reveals that 56% of consumers report that they ‘usually’ encounter problems with their mobile network with many people requiring a 4g signal booster. When looking at issues that people regularly encounter with their network, websites and apps failing to load impacts almost one in three (30%). In addition, 21% report poor voice quality, 19% say calls don’t connect and 19% say calls drop mid-call – all areas which contribute towards network reliability. The results therefore call for greater focus to be made on network reliability, looking at this as a core measure of network success.

This is further highlighted in the research which reveals that 41% now consider network reliability to be more important than speed, compared to just 1% who say that speed is more important to them than reliability – casting doubt on the ongoing emphasis on speed as the core metric when benchmarking network performance.

·       Consumers call for greater emphasis on network reliability as reliability is ranked as being more important than speed at a ratio of 40:1

·       O2 retains the top spot as the UK’s most reliable network, performing best in 18 of 36 cities and towns tested, followed by EE, Vodafone and Three

On this basis GWS has focused its GWS OneScore rankings on network reliability, revealing that O2 wins the UK’s Most Reliable Network for the second year running, as the operator ranks top in 18 out of 36 locations tested in the UK. The second most reliable network is EE which scored most reliable in 14 locations making it the most improved operator for network reliability. Vodafone is ranked top in just four locations, but did record more second place finishes than any other operator. Three did not rank as being the most reliable network in any of the cities and towns tested.

When looking at the regional rankings (which combine the results from all operators), Liverpool and Cardiff are ranked the most reliable cities for mobile network connectivity, whereas Leeds, Edinburgh, Sunderland and London score worst.

“The need for speed is an ongoing conversation in the industry and seems to be the de facto benchmark when measuring network success. But that model is broken. While the advance of 5G brings with it exciting innovations that will undoubtedly change the way we use our phones, just like 4G did a few years ago, using your smart phone is not a race.

“Consumers are not just using their phones for speed hungry activities. They use their phones for a wide range of activities – from calls and messaging to life administration tasks and shopping. While people place greater emphasis on the importance of reliability, 36% of smartphone owners do still feel that speed and reliability are equally important. Speed and reliability need to co-exist and operators need to weave together a complex tapestry, otherwise known as the “network,” to ensure they are delivering on all fronts for consumers, not just speed.”

Meanwhile, coverage continues to be a key area for operators to improve upon, according to UK smartphone users. When asked to select one area for improvement by network operators, over a quarter (28%) reported the desire for increased network coverage, as opposed to just 8% who wanted to see faster data speeds than they currently experience. In addition, when selecting a new plan, over half (54%) of people said that network coverage would be an important factor in their decision – more than double the amount of people who would consider network speed (26%). Once again, voice calling appears to be a key reason behind consumers’ desire for increased coverage – more people (31%) said that a lack of mobile network signal was most frustrating when they needed to make a phone call than in any other situation.

“We’ve conducted extensive focus groups, surveys and real-life testing to try and understand how people are really using their phones and to identify the ‘sweet spot’ for speed. After all, what difference does it really make if your network is a few megabits faster if you can already stream your favourite video and open apps without issues, but are still struggling with dropped calls? It’s clear that consumers don’t consider all areas of network performance to be the same, with voice ranking top, which is why we feel these insights are critical to helping operators build and deliver the best networks possible.”