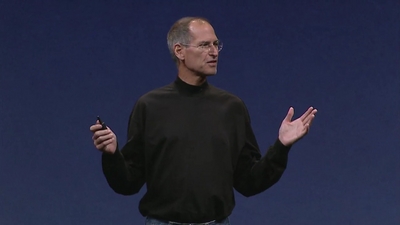 Whether or not you think that Apple’s celebrity CEO Steve Jobs’s health should be a matter of public concern, the company’s stock price seems to be intrinsically linked to his heart rate. That’s why Apple stock took a dive of about 10% in 14 minutes last night, following the disclosure that Jobs will be stepping down as CEO for medical reasons until June. Tim Cook will be taking on Apple’s day-to-day running in the meantime.

Related posts: Ten gadgets to keep Steve Jobs alive and well for another 30 years | Steve Jobs to give Macworld a miss in 2009 – and forever after too

One thought on “Steve Jobs steps down… for a bit”