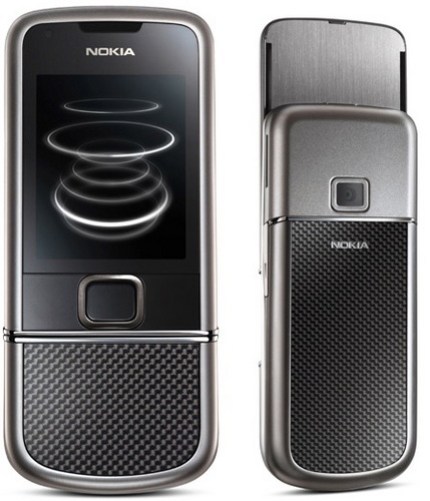 Nokia has expanded its 8800 Arte series of upper class mobile handsets with the launch of the 8800 Carbon Arte.

As you might have guessed, the handsets are engineered from carbon fibre, titanium, polished glass, and stainless steel.

While many people are trying to carry lighter mobile devices so they’re not weighed down by them all day, Nokia is making quite an issue of the “impressive weight” of the phone. Yes, I’d love to pay loads of money for a heavy phone.

Maybe I’m cynical, but when I see a lot made of the aesthetics and materials used on a phone, I wonder whether the feature set is lacking.

The 8800 Carbon is 3G, has a 3.2 megapixel camera, music playback features, OLED display, and 4GB of onboard memory. Not terrible, but hardly cutting edge either. When it arrives in the autumn, it will cost you over a grand to own it.

Sure, it looks pretty, but I wouldn’t buy it. Would you?