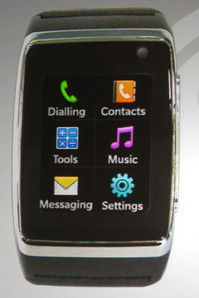 Wow, things move fast from prototype to production these days. The LG GD-910 that we saw at CES is now the LG G910 Watch Phone, and due for release later this year.

It’s got a 1.4″ touchscreen face, HSDPA, and video calling capabilities. There’s also a text-to-speech engine for reading out texts to a bluetooth headset, and voice recognition stuff too. For maximum geekiness, precede every voice command with “Computer:”.

As well as the Touch Watch, there’s also the Arena, previously written about here. We were promised specs and a release date, and by jove, we’ve got them. Or most of them, anyway.

There’s a 3″ touchscreen, running at WVGA resolution. It supposrts DivX and Xvid codecs. It can record DVD-resolution video, and video at up to 120fps for super-slo-mo playback. There’s 8GB of internal memory, and that can be expanded by another 32GB of MicroSD action.

There’s an immensely joyful 3.5mm headphone socket, and the aforementioned HSDPA, GPS and Wi-Fi. There’s a 5-megapixel camera, too, and geotagging for photos. There’s a tonne of inbuilt Google apps, too. All this is packed into a 105.9 x 55.3 x 11.95mm shell.

What’s missing? Well, I’d like a flip-out QWERTY keyboard, and maybe an upgrade on that camera, but beyond that, I can’t think of too much. The Arena seems like a very capable handset. I hope that it delivers on its promise, but I don’t think it’s topping the N97 in my “can’t wait for” phone list. How about you?

LCDs and Plasmas get big, but for a MASSIVE screen, you can’t beat a projector. Optoma’s latest addition to its ThemeScene range is the HD82, which will project a vast 150″, high definition picture onto a wall, ceiling, or even onto a shower curtain, if you so desire.

It’s got a whopping 20,000:1 contrast ratio, 680:1 ANSI contrast, and 1080p full HD. It claims ‘near-silent’ operation, and the bulb should last 3,000 hours in standard mode. Connectivity-wise, there’s two HDMI ports, component input, Scart, DVI and VGA, so there’s very few things you won’t be able to plug in. It’ll be available this month, and cost £3000. 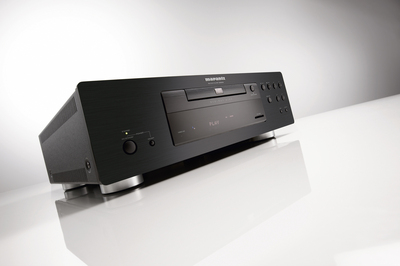 Marantz, makers of high-end audiovisual gear, has just brought out a flagship Blu-ray player for people with loads of cash or an obsessive interest in home cinema. The BD8002 has full 1080p and 24fps output, as well as onboard lossless decoding of most standard audio codecs.

On top of that, there’s high-quality upscaling for DVDs, and will play all sorts of stuff: VCDs, SVCDs, MP3s, WMA and DivX video files, as well as displaying JPEG images. There’s an SD Card slot, too. The BD8002 is available now, and costs a lot of money. £1,800 to be precise.

Pioneer is launching another Blu-Ray player, called the BDP-LX91. The company is referring to it as its ‘flagship’ player, and for good reason – it’s got a freshly-developed 16-bit video engine which will perform decoding, conversion, scaling and other adjustments at a rapid pace, as well as upscaling DVD content to 1080p.

As well as lovely video, the player delivers crisp audio with 7.1 channel Dolby TrueHD and DTS-HD Master Audio decoding and bit stream output. There’s dual HDMI outputs, too, and it’s been certified as sounding really rather good by none other than legendary Beatles producer George Martin’s AIR studios.

This player’s available now, but it’ll set you back £1,700. Ouch. Still, it’s a damn fine machine, and if you’re even considering it, then you won’t bat an eyelid at that price. 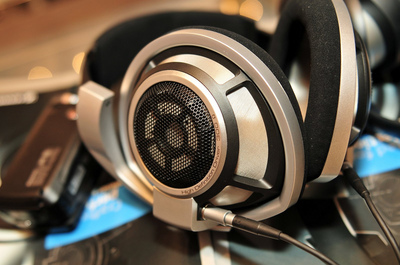 Sennheiser’s making quite a bold claim here – the world’s best headphones. The HD800s apparently sound better than any other pair of headphones on the planet. I suspect that it might be difficult to prove that one to a jury – surely it’s more than a little subjective?

But let’s not quibble over that – it’s beyond doubt that these are damn good. A brand new “RING” driver, developed specifically for these cans alone, can deliver an amazing 6Hz – 51kHz frequency response. For comparison, your average person on the street can hear about 20Hz to 20kHz. Unless you’re an audiophile, therefore, you’re not going to get much out of these. Sennheiser also claims an amazingly low 0.02% distortion. 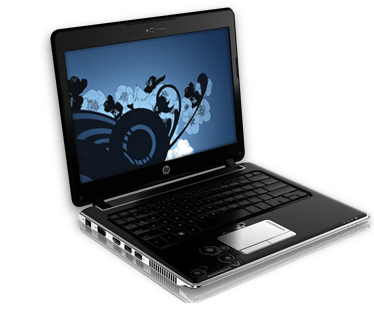 HP has announced a couple of new notebook PCs in its Pavilion range, and a successor to its high-end Blackbird desktop – the Firebird. Let’s take a look at the notebooks first.

They’re named Pavilion dv2 and Pavilion dv3. The dv2 is a slim-and-light machine, with 3.8 pound weight, and thickness of just one inch. The full specs aren’t available, but it’ll include an AMD Athlon processor, 12″ display, “nearly” full-size keyboard, discrete graphics and up to 500GB of hard disc space. There’s an optional external Blu-ray drive, too. 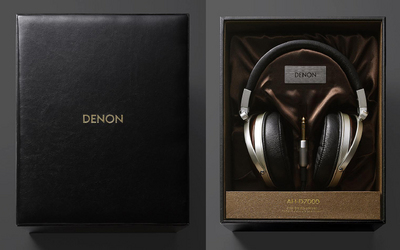 These over-ear headphones are Denon’s latest release to the ‘I’ve got rather a lot of money’ target market. How much money? Well, the AH-D7000s will set you back £800. That’s a lot of money, so you’d be right to ask what you’re getting for that.

You’re getting very high-class components, that’s why. A couple of 2″ drivers with free-edge microfibre diaphragms that’ll play notes up to 45kHz (20kHz is the top end of an average human’s hearing).

You also get housings crafted of mahogany (which I should point out is a highly endangered wood) with carvings on the INSIDE that ‘enhance the natural tonal balance’. The cable is 99.99999% oxygen-free copper, too, so you’ll get absolutely no distortion from that.

What do you think – worth £800? Or snake oil? Let us know your opinion in the comments.

Okay, I’ll have to admit I asked for this a bit. In my last post about Denon Blu-ray players I demanded to know what Denon would describe as ‘high-end’, after their ‘entry-level’ player cost £600.

Well, this is it. It’s the catchily-named DVD-A1UD, and it’ll play back Blu-ray discs, Super Audio CD (SACD), DVD-Audio, DVD-Video and plain old CDs. The DVD-A1UD is the replacement for the Denon’s previous universal DVD player – the DVD-A1XV. Full specs are over the jump.

It costs a massive £3,300. I can safely say that I don’t know anyone who’d splash out £3,300 on a DVD player, but someone must, or they wouldn’t make the damn thing. It’s going to show up across Europe in March 2009, in either a silver or black finish. Who knows, perhaps by then you’ll be rolling around in pots of money. Denon can only hope.

If this is ‘entry-level’, then I’m mildly terrified to see what Denon would describe as ‘high-end’. Oh wait. Now I’m scared. Anyway, back to the DVD-1800-BD. It’s a Blu-Ray player. It’s got HDMI 1.3a, full bit stream output of Dolby and DTS-HD audio, and 1080p upscaling of DVDs and 2-channel audio. It’s also got a stereo output, if you want to use it as a very expensive CD player.

There’s an SD card slot, too, and it incorporates a secondary audio and video decoder for picture-in-picture functionality, if you can handle watching two things at once. It’s going to be available at the start of December, and cost a whopping ‘entry-level’ £600. It’ll be available in Black and Silver. 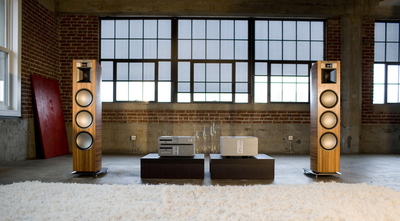