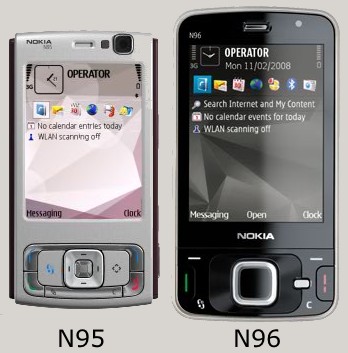 With Nokia finally announcing the N96, it’s time to take a look at what new features they’ve added since the N95. (Video preview of the Nokia N96)

Boring but necessary are dimensions. The N96 isn’t going to take up much more room in your pocket than the N95 — it’s marginally bigger and slightly heavier, but we’ll forgive that for the extra features. 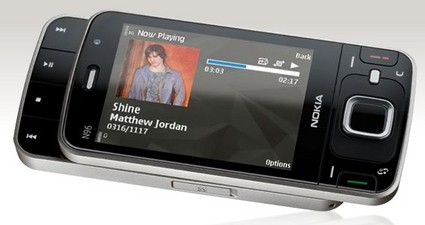 The N96’s “video centre” allows access to Internet videos and can play back a wide variety of standard file formats, including Flash.

Shooting videos is still at VGA (640×480) 30fps, just as the N95, and the camera is still a five megapixel with Carl-Zeiss lens and built-in flash.

The N96 now gives access to Live TV, where DVB-H broadcasts are available. 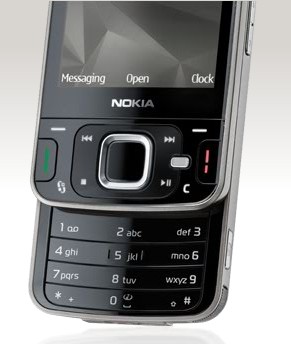 The Nokia N96 still supports the wide range of audio formats of the N95, and can now display album art. Unsurprisingly, it also offers direct to the Nokia Music Store, and FM radio is still available.

As the N95, the N96 has a built-in GPS receiver and comes with the Nokia Maps application. Nokia are touting the assisted GPS feature as one of the major pluses of the N96 handset.

It still features the Nokia Web Browser with Mini Map, and also has an RSS reader for catching up with website content feeds.

The other range of connectivity, including Wi-Fi and USB 2, remain pretty much the same on both models.

Simply comparing specifications on virtual paper surely won’t do Nokia’s N96 justice. The handset certainly looks the business, and there are some obvious improvements hiding amongst the acronyms and numbers.

The real truth, though, is in using one, Here’s Ashley’s video preview of the Nokia N96. 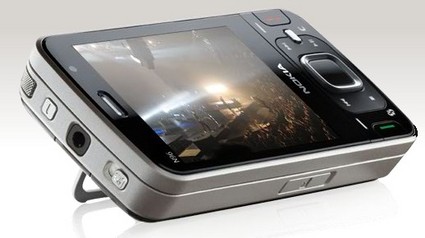