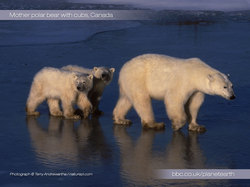 The BBC has no plans to abandon HD DVD for its high-definition releases, despite the recent defection to Blu-ray of its distribution partner Warner Home Video. The Beeb says it’ll continue its policy of supporting both formats, following its policy with series like Planet Earth and Galapagos.

However, that’s not to say the policy won’t change. TVShowsOnDVD.com asked the corporation whether it would be following Warner’s lead and dumping HD DVD, and got a reply saying the BBC “will evaluate the marketplace before committing to one format”.

The site says the BBC has four more releases planned this year for both Blu-ray and HD DVD, and claims it’s actually sold MORE copies of Planet Earth on HD DVD than Blu-ray. I reckon the BBC won’t pick one format until the last possible minute due to the corporation’s public service traditions (and yes, I do know these releases come under its commercial activities).