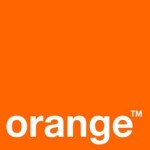 UK mobile operator Orange says music downloads and mobile TV are booming, along with picture messaging, texting and mobile internet usage. The claims come out of Orange’s second Digital Media Index – a report of how its customers are using their phones.

Orange hasn’t released similar figures for mobile television, although the operator says revenue is “almost double the forecast”. Those forecasts must’ve been low, since they’d surely give figures otherwise. Meanwhile, picture messaging is up 37% since the last report, with a million MMS’ sent in August alone, while Orange’s Orange World portal is getting 2.34 million monthly visitors.