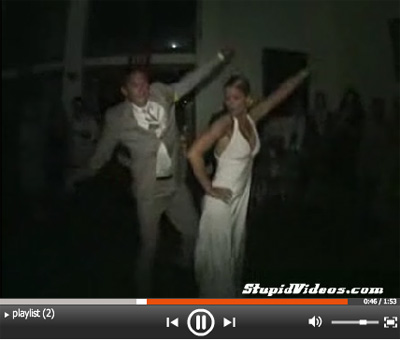 According to a new survey by MSN Video, more than two million Brits upload clips to video-sharing websites in order to promote themselves or their work. Men are twice as likely to do it than women (34% to 16%), while 19% of uploaders over the age of 45 using these sites to promote their businesses.

MSN Video gets psychologist Dr David Lewis to give his view: “While there may be strong elements of narcissism in some video uploaders, people generally enjoy sharing their own moments as a way of confirming to the world that they exist and have importance,” he says. Although presumably Oedipal complexes, misbalanced Ids and penis envy have a lot to do with it too. Or is that psychiatrists?

Anyway, MSN has also been digging into people’s viewing habits on these sites, claiming that 47% prefer to watch videos of ordinary people rather than celebs, while 17% love videos showcasing other people’s misfortunes. Meanwhile, the average UGC viewer is an 18-24 year-old male living in London, apparently.