Styled on Formula One cars from the 1970s, when they were exciting death traps rather than fully automated boredom generators, the F1 Lawnmower, in its glorious John Player Special cigarette ad livery, is a flashback to the sideburned glory years of motor racing. 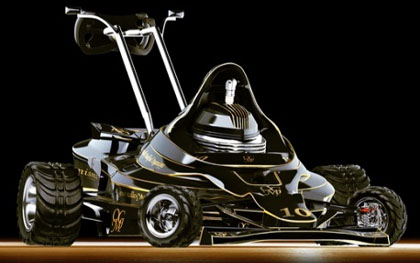 Obviously something this cool doesn’t actually exist – it’s a concept piece put together by spunky designer Kadeg Boucher. Check out his CG gallery to see the most realistic lawnmower render you’re ever likely to encounter. He’s quite clever with a computer.