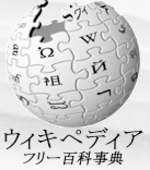 Last night I thought Kim Jong-Il’s comment boasting that he was an ‘internet expert’ was one of the best quotes that’s come out of this Korea/Japan Week we’re having here at Tech Digest, but I’ve discovered something even better, courtesy of Tokyo Mango, Japanese expert.

It appears Japanese government bureaucrats may be *the most* obsessed Gundam fans in the world, as an internal investigation in the Agriculture Ministry has uncovered six staff members spend most of their time editing Gundam entries on Wikipedia rather than working on farming issues. One worker edited the entry related to the Japanese anime a total of 260 times, and here’s the money shot: when a ministry official, Tsutomu Shimomura, was asked by CNN about the misused government work hours, he said “The [Japanese] Agriculture Ministry is not in charge of Gundam.” Perfect, simply perfect. That’s a new MSN messenger screen-name if ever I saw one.

(via Tokyo Mango via CNN)