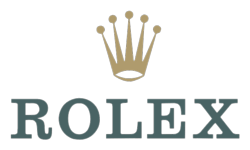 You’ll have to trust me on this one, as I wasn’t allowed to take photographs inside LG’s mobile demonstration room. But one wall has a display of concept mobile phones, including a model that’s basically a phone with a Rolex watch-face embedded in the casing.

It’s unclear whether LG and Rolex are actively working together on the watch, or whether it’s just an LG designer’s idea of how such a phone could look if they were. Rolex buffs would certainly approve – the phone had a luxurious leathery exterior, and looked reassuringly expensive.

We’ve had a spate of fashion phones (LG Prada, Samsung Armani), but I wouldn’t be surprised to see high-end watchmakers as the next set of partners for mobile manufacturers.

After all, plenty of people out there have ditched their watches in favour of their phones, so it would make sense for watch firms to try and get in on the mobile action.

The Rolex model was just one of the concept handsets on display, of course. There was a squareish phone with a big graphic equaliser on the outer casing, and also a really nice-looking candybar handset with a fully transparent keypad (the effect was to look like the lower half of the phone was made of clear glass).

Another candybar handset had the screen moved down into the middle of the phone, leaving space for a camera at the top-front of the device. LG is also clearly keen on experimenting with duel-touchscreen phones, with a second small touchscreen below the main one, with dynamically-changing buttons.

As I said, these were all concept devices, but they looked pretty well manufacturered to me, implying that they’re not far off being able to go on sale. Whether they do or not is another question – presumably that’s down to whether LG thinks there’s a market for them. I’d buy the Rolex one in a flash (well, I’d probably think about buying it, then realise I was too poor, but you get the idea…)