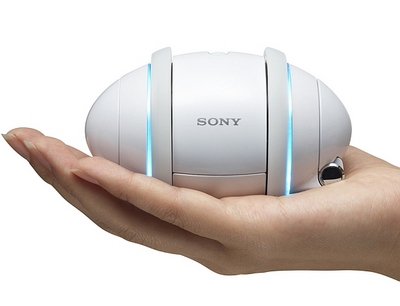 Rumours have been flying around about Sony’s Rolly player for weeks now, but this morning the company finally gave it a public unveiling. It’s a round player with built-in speaker, with 1GB of internal memory and a battery life of five hours.

It’s also got Bluetooth to stream tracks from a nearby computer or laptop, and it can dance around your desk to the beat of your tunes. Hats off to Akihabaranews, which has posted a stack of official videos showing the device in action. Click over the jump below to watch them all.

Here’s a close-up look at the user interface:

And here’s how the Shuffle works: