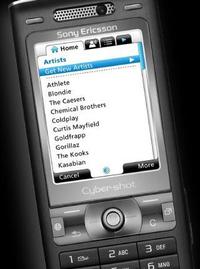 It’s safe to assume Vodafone HASN’T got the iPhone, then. The company has announced an exclusive deal with Omnifone to launch the latter’s MusicStation subscription service in the UK for Christmas.

It’ll cost £1.99 a week for unlimited music downloads, with the MusicStation application being preloaded on new Vodafone handsets, but also working with existing phones too (presumably you’ll be able to download the application from Vodafone’s Live portal).

There’ll be a million tracks available at launch from all four major labels and a bunch of independents, and it goes live in November. It’ll provide direct competition for whichever UK network does snag the iPhone, as well as for the Nokia Music Store, which is due to launch before Christmas here too.

The service will also include MusicStation’s playlist and track-sharing features, although as with all these exclusive mobile deals, the downside is this sharing is only possible with friends on Vodafone.