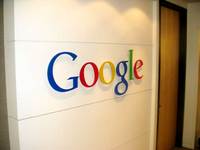 Perhaps scared of the recent backlash they’ve been receiving from the internet-using public, Google have announced they’ll be investing $10 million into green start-ups with a new scheme dubbed RechargeIT.

Any eco-friendly small company whose ears suddenly pricked up at that first paragraph should start preparing their funding proposals, as they need to be submitted to Google by October the 22nd, OHMYGOD THIS YEAR. Not only will they be reviewed by Google employees, but a team of external advisers with experience in electric vehicles will judge proposals as well. They promise to invest between $500,000 to $2 million in each start-up, focussing mostly on electric and hybrid transport. Whilst I applaud any efforts towards improving the world we live in, I can’t help but be suspicious – is this simply a PR stunt by Google to improve their image? What exactly are they getting out of this, except a heck of a lot of publicity?