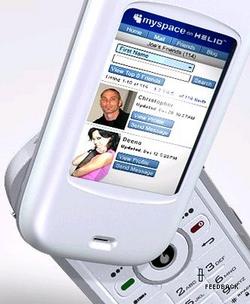 The mobile industry is full of analyst predictions on how many billions mobile content will be making in five years’ time. I wonder if in 2012 we’ll remember to check back to see if they were right.

Anyway, Juniper Research is the latest, predicting that mobile user-generated content will generate revenues of over $5.7 billion in 2012, compared to $572 million this year. And of that 2012 total, 50% will be accounted for by social networking services. Thankfully, Juniper also reckons that most mobile social networking services will be funded by ads, rather than by punters paying to subscribe to them (the model being used by MySpace on Vodafone now).

It also suggests that around 14 million people are using mobile social networking services now (and predicts that 586 million more will have joined them by 2012), with the biggest growth coming in countries like China, Russia and India, where PC penetration is lower.