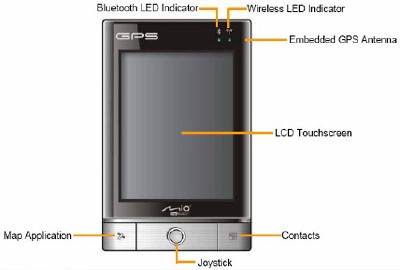 The P360 and P560 both run the Windows Mobile 6 operating system, and do have joysticks and two buttons for their Map Application and Contacts. But other than that, everything is handled by poking at the display.

They’ll also both include Wi-Fi, Bluetooth and embedded GPS antennas, plus SD/MMC memory card slots and microphones. Navigadget reckons they could be iPhone-killers, but I’m hoping that’s said with tongue firmly in cheek. Or whatever the blogging equivalent is.