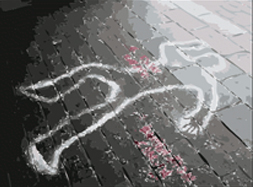 – China is blaming the internet for 80% of juvenile crime, including murders, such as the case of the 16year old boy who killed his parents for refusing to give him money to go to a cybercafe. They really weren’t down with MySpace, innit.
– Shock! Horror! Sony’s PR department has apologised to The Church of England for the Resistance: Fall of Man business.
– Could closed captioning be coming to web videos, for those hard of hearing who simply must watch the video of two otters holding hands?
– The British Government has passed an initiative allowing people to text message the 999 emergency line when in trouble. It’ll work alongside the traditional call centre, and apparently txt spk will be accepted. “Hlp, I’m in ur house burgling ur jewelleries, n fell ova”, etc etc.
– Sony claim they’ll ship 600,000 Blu-ray players in the US during 2007, six times the amount they shipped the previous year, their confidence being owed to the 15 odd exclusive film titles they’ll possess this year.