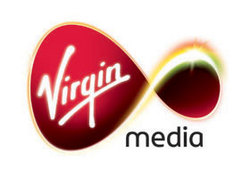 Last week, Virgin Media announced plans to double the speed of its most expensive broadband service from 10Mbps to 20Mbps. Due to come into effect this May, it’ll be the fastest widely-available home internet connection in the UK.

According to independent testing firm Epitiro, in the last quarter of 2006, the average consumer ADSL connection speed in the UK was 5.73Mbps, up from 3.82Mbps the previous quarter.

At the same time, there’s been continued growth in bandwidth-hungry applications like downloading or streaming music, and sharing videos. With that in mind, do we really need 20Mbps? I asked some industry experts to find out.

Two instant benefits of Virgin Media’s service are faster downloads – a regular MP3 song can be downloaded in around two seconds – and in Virgin’s case no limit on downloads, as is the case with many broadband offerings. But what else makes this kind of speed worth the extra cost (£37 per month, in this case)?

“Broadband has taken off massively in Europe, and more and more consumers are looking at the Internet to download everything from music to TV programmes,” says Gavin Newman, product marketing manager for Motorola’s Connected Home Solutions division.

“Virgin’s announcement is really just a tiny hint of what’s to come. Across Europe, technologies such as FTTH [Fiber To The Home] have the potential to facilitate speeds that give consumers as close to real-time bandwidth than ever before. So rather than making plans to download a movie overnight, speeds of 20Mbps and greater will enable viewing of content as an when consumers want it.”

Not everybody says 20Mbps is necessary though. For example, Dan Cole, head of product management at THUS (ISP Demon’s parent company), says speed isn’t the only factor.

“It is crucial to make intelligent use of the broadband bandwidth available instead of simply throwing megabytes of bandwidth at bandwidth capacity problems, as some providers do,” he says.

“Today, an increasing number of people are now using VoIP, streaming media via sites such as YouTube and MySpace, and surfing the Web – often at the same time – so there is a real need for consistent quality. However, despite this surge in Internet activity, we have only seen the average increase in bandwidth rise by 20%.”

He points out that Demon’s own VoIP service, for example, only uses 24Kbps, and says this proves that additional bandwidth isn’t always necessary. “The focus should be on making intelligent use of the bandwidth available, and 4Mbps managed intelligently is just as useful as a 20Mbps connection,” he says.

“At home, people now have broadband, set-top boxes as well as wireless connections, often with two or three users online at the same time. In these circumstances, bandwidth needs to be managed in such a way as to ensure it allocates capacity effectively.”

Rob Mackinnon, product manager at broadband and networking firm ZyXEL, agrees that even new applications like IP TV and social networking can by themselves take up an entire 20Mbps connection, but makes the same point as Cole in that when taken together in a multi-PC and networked home, they can place a strain on bandwidth.

However, he also says that the very availability of faster broadband will encourage new applications and services that will require it, and has an imaginative example to support this theory.

“The Second Life experience is reliant on the ability to download information quickly, and as supermarkets look to grow their e-commerce strategies, the advent of increased bandwidth serves only to make propositions such as Second Life that much more appealing,” he says. Like what?

“Taking the online shopping experience to the next level, an avatar would guide users through the virtual shopping aisles where they could examine goods and then pay for them at the checkout, which would then tie into the supermarket’s home delivery service, and consumers would receive their physical goods via delivery van within the hour, serving to improve the overall usability of the online service.”

This sounds a little far-fetched – would trundling up and down virtual aisles not reintroduce many of the things people shop online to avoid? – but the overall point is clear: once broadband speeds of 20Mbps and above roll out, people will think of new ways to make use of them.

However, getting back to Cole’s point about managing bandwidth effectively, that’s doubly true if you’re not just talking about a broadband modem feeding into a single computer in the home.

“Virgin’s offering of 20Mbps broadband is great news for consumers as it will enable them to receive multiple HDTV and IPTV streams, as well as dramatically improve download times,” says Mark Mitchell, VP EMEA at Ruckus Wireless.

“But what about inside the home? Consumers must be able to easily access this IP-based content and these new services and would like to do it without being tied to a physical location. This means a new generation of Wi-Fi.”

Mitchell says that no matter how fast the broadband connection is coming into the house, users will become more focused on how reliable and stable their Wi-Fi network is at transmitting content around the home. Yes, Ruckus does make products that claim to do just that, but his point is still valid.

“Currently, off-the-shelf Wi-Fi is just not up to the job of streaming delay-sensitive applications such as IPTV and HDTV, and results in a jumpy and bursty service that is simply unacceptable to consumers,” he says. “Before consumers are able to take full advantage of high broadband speeds and the associated services, the wireless problem will need to be overcome.”

While we solve that, the telcos will get on with upping broadband speeds even further. If you’re currently sitting on a 1Mbps or 2Mbps connection, 20Mbps sounds like unimaginable speed, but it’s by no means a ceiling.

“While bandwidth in the UK is set to increase, we are still behind Japan and South Korea where speeds of up to 50Mbps are not uncommon,” says Matthew Henton, head of marketing at ISP Madasafish.

“Emerging applications such as multi-player online gaming and HD video streamed over IP will rely on ultra-fast broadband and it’s important to strive towards these technological advantages. However, at present these applications represent relatively niche user-groups and for the majority of today’s broadband users the short-term priorities will continue to be competitive pricing for a reliable package with strong customer service.”

One thought on “20Mbps broadband, huh? What is it good for?”