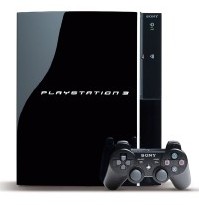 Is that the winds of changed opinions blowing? Actually, that last sentence sounds like an unholy mash-up of Bob Dylan and The Scorpions, which would be hellish. But the point is this: since last week’s GDC show in San Francisco, the buzz around Sony’s PlayStation 3 has taken a turn for the better.

The keynote presentation from Sony’s Phil Harrison had a lot to do with it: he announced two separate PS3 virtual worlds – PlayStation Home and LittleBigPlanet – and showed demos of some key new games.

Of course, this won’t make a jot of difference to your views if you’re a hardcore Xbox 360 or Wii fanboy. But for the floating voters who’ve yet to decide on a next-gen console – or who’ve got a Wii and are wondering whether to become a two-console household – Harrison’s keynote has spurred some serious pondering on whether to pre-order a PS3.

If you’re in that situation, here’s ten ways to rationalise shelling out £425 – note I’m not saying ’10 reasons to BUY a PS3′, it’s just ten ways to make yourself feel better about it if you do take the plunge…

1. PlayStation Home and LittleBigPlanet. I waffled on about this at greater length last week, and Sony has just revealed more details, so I’ll keep it short this time. PS3’s two virtual worlds are intriguing, exciting, and full of potential. Yeah, they won’t make up for a lack of Triple-A games, but they’ll also offer something that’s not available (yet) on any rival console. Plus, if you’re interested in this virtual reality lark, a £425 PS3 looks like a bargain compared to what you’d spend on a PC capable of running Second Life properly.

2. MotorStorm really does look rather good. Race a bunch of vehicles through the desert, crashing into stuff. Hmm. It’s just Burnout with extra mirages, right? Well, yes. But of the PS3’s launch games, MotorStorm looks the most accessible and plain fun – certainly in terms of giving you something to show off your shiny new console. Watch the video.

3. It’s another reason to buy an HD-ready TV. Admittedly, if you’ve got a partner who’s resisting, spending £425 on a console purely to convince them to spend even more on a new flat-screen telly is possibly doomed to failure. But seriously, the one thing nobody’s criticised PS3 for its its high-definition goodness, supporting numerous resolutions, connectivity options and audio formats.

4. It’ll probably easier to get hold of a PS3 than a Wii come March 23rd. Slightly facetious point, but still true.

5. Affordable games. By which I mean Sony is pricing PS3 games at £39.99, which is the same as Wii titles, and a tenner less than Xbox 360 games. You could still argue the games should be cheaper if you’re a cash-starved teenager who sold his granny to buy the actual console, but for next-gen games, £39.99 ain’t bad – not to mention the fact that PS3 titles will invariably be available for less in the cut-throat world of games retail.

6. Good value for a Blu-ray player. This is an old argument, but that doesn’t make it wrong. When most Blu-ray players cost more than a PS3, you can convince yourself you’re getting a bargain. Mainly because you are. Well, assuming you’ve already convinced yourself that re-buying all the films you already re-bought on DVD is The Way Forward, of course. 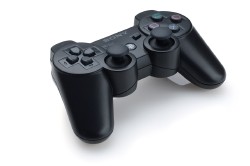 7. The PS3 controller might get its rumble back. As you may have heard, the PS3 Sixaxis controller DOES have motion-sensing technology inside, but it DOESN’T have a rumble function. Sony says technical reasons; cynics suggest the company’s lawsuit with vibration firm Immersion Corporation is the real reason. If so, the fact that the two companies recently settled their case and said they plan to work together on “future PlayStation products” could see a revamped rumbly Sixaxis.

8. SingStar and online content. Whether you croon like Sinatra or honk like a mid-clubbing seal pup, SingStar is a powerful argument for PS3’s potential. Think downloadable content – in this case, new songs to import and then sing along to. This sort of stuff isn’t unique to PS3 of course – Xbox 360 is just as capable of it, and even Wii depending on how Nintendo develops its online features. But from what I’ve seen of SingStar, Sony’s approach looks like being a major feather in PS3’s bow.

9. Your old PS2 games WILL work on it. Well, almost. One reason I’ve heard for shunning PS3 is the understandable concern over whether it’ll run existing PS2 games, especially since news broke that Sony wasn’t including the Emotion Engine in the Euro PS3. So what’s the actual state of affairs? According to Sony, more than 1,000 PS2 games will work on PS3 at launch here, and the company plans to set up a website telling gamers exactly which ones they’ll be. Again, this isn’t a reason to buy a PS3, but if you’ve taken the plunge, you’ll turn it into a positive (while feverishly hoping that Pro Evolution Soccer 6 is one of them, in my case).

10. Resistance: Fall Of Man. The other essential PS3 launch title. Is it sci-fi? Alternate history? Alternate historical sci-fi? Who cares, there’s loads of shooting in it… R:FoM is a first-person shooter with a bunch of ace multiplayer modes – which in the age of Halo and Gears Of War, was an essential game for PS3 to have, if you’re turning your back on those Microsoft exclusives to jump into Sony’s next-gen boat. Watch the video.