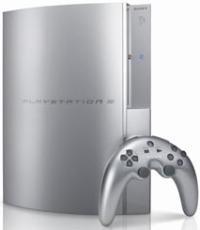 I think it’s fair to say that European gamers waiting for Sony’s PS3 to finally launch have been a pretty patient bunch, quite apart from the fact Sony have made it plain that it’s illegal to import foreign PS3s.

Now, to add insult to injury (well, waiting, anyway) Sony Europe have announced that the PS3’s already woeful backwards compatibility with PS2 titles is going to be even worse on the Euro version.

In a bid to cut costs, the European PS3 will have certain bits of hardware removed. The Emotion Engine hardware in US and Japanese PS3s was supposed to provide compatibility with the previous generation of Playstation games, though around 200 of them still didn’t work.

That situation is set to be even worse on the Euro version, because the hardware is being replaced by software emulation. Though the software isn’t complete yet (which is why Sony can’t release a list of games that are incompatible), Nick Sharples from Sony Computer Entertainment Europe Ltd in London admitted it would have a ‘slightly detrimental effect’ on compatibility.

Laughably, given how expensive the PS3 is going to be in the UK, Sharples hinted that the money saved on manufacturing costs would be passed on to the consumer. I say: unlikely.

Sony has already been criticised from certain sections (ie Microsoft) for only having a few PS3 games available at launch, and this news probably won’t please the Sony gaming faithful who are planning to upgrade to the PS3. It probably won’t make a huge difference to new Playstation owners.