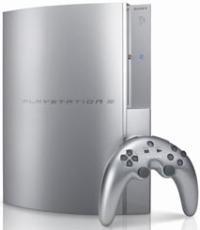 Sony has fired a warning shot at European retailers saying that it will take action against anyone who gets involved in ‘grey importing’ of the new PS3 console.

Given that the US and Japan will get their hands on the PS3 in November, but we have to wait until Spring 2007, there’s sure to be interest from die hard Sony gamers in getting hold of an international version.

Sony warn that non-EU and non-UK PS3s won’t conform to strict EU and UK safety standards (so are you saying that the consoles you’ll be selling elsewhere aren’t safe?) due to voltage differences and so on. Also, Blu-ray titles won’t play (no option to change the region, then?) and won’t be covered by warranty.

Plus, Sony won’t get to charge higher prices for us Brits.

You just know that some lucky people are going to get their hands on units this side of Christmas, for bragging rights if nothing else.