Tech Digest daily roundup: IT worker wants to dig up tip to recover £140m in Bitcoin

The Samsung Tocco has done rather well since release, becoming the best-selling contract device in the second half of 2008. Guess it’s due for an upgrade, then, and here it is – the Samsung Tocco Ultra Edition. The biggest change is the addition of a slide-out keypad, like the N95, which complements the 2.8 OLED touchscreen nicely.

There’s also an 8-megapixel camera with associated features, HSDPA, GPS, DivX and Xvid playback, FM tuner, and support for 16GB of microSD action. It’s also remarakbly thin, at just 12.7mm. Clearly, this is one of the smartest of all the smartphones. Sadly there’s no Wi-Fi, and no 3.5mm headphone jack, but if you can live without those then you’ll find a lot to like here. It’ll launch in the UK in March, and price will depend, most likely, on contract.

More about Samsung: Samsung Acme i8910 info spills out | Samsung Memoir gets official

Now that flash memory has got to a price competitive with mechanical storage, we’re starting to see it crop up in all sorts of places. One of those places is backup, where the speed of the memory presents a clear advantage over a traditional disk drive.

With that in mind, Sandisk has brought out a new backup-focused USB drive, which is the first in the world to work its magic with just a button press – no software installation needed. The capacities aren’t huge yet – the biggest is 64GB – but that should cover the contents of ‘My Documents’ for the vast majority of consumers.

Check out this ridiculous little thing. It looks like a USB hub or some sort of budget-brand router you might buy off eBay for £7.99. But no – it’s the CherryPal. It is a proper PC.

Inside the minuscule case there’s a Freescale 5121E processor with integrated graphics powers, accompanied by 256MB of main memory and a 4GB flash drive – CherryPal users are expected to store files online. This frugal little lot helps the little CherryPal to bravely run using only a frankly stunning 2Watts of energy… 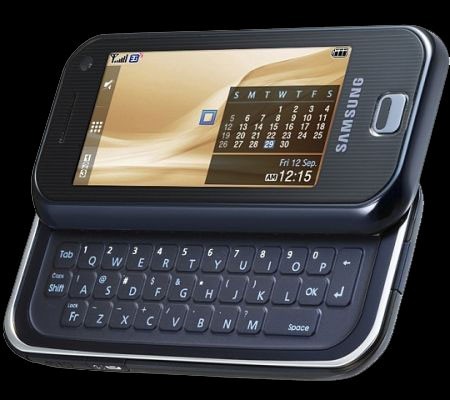 Finally, some fresh news regarding Samsung’s F700 smartphone we saw back at 3GSM in February, and not just speculation such as whether it’ll be Armani-branded or not.

The slinky looking phone has been given a much easier name to remember it by, Croix. As you can probably guess, ‘Croix’ is French for ‘cross’, and as it’s got a four-directional touch input, it’s not just a made-up pretentious name. Using… 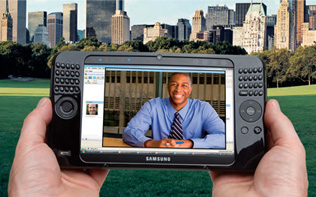 We’ve completely exhausted the topic of Samsung’s Q1 Ultra Mobile PC (originally dubbed the Origami), since we first announced it back in March 2006, with more than enough articles regarding the specs and even several video reviews from CeBIT this year.

So, I’ll keep this brief and say that it’s now officially launched, with the first units being made available in the US on online retailers’ sites, such as Buy.com, Costco and Provantage. Any of our US readers who want to plonk down…

Samsung have announced a new addition to their Ultra range of mobile phones, with the Ultra Smart F700. The phone, which they're calling 'revolutionary' (doesn't every manufacturer?), will be showcased at next week's 3GSM World Congress, so we're sure…

The propaganda Currently holding the title of skinniest-mobile-in-the-world, the Samsung X820 attempts to squeeze all the essential functions you’d expect from a mobile handset, and then some, into a chassis that is only 6.9mm thick. Features include a 176…