Ninja remains most searched for gamer in the world

A British hacker who led cyber attacks on massive companies including Uber, Asda and Sainsbury’s has had a Bitcoin stash worth £1 million confiscated. Grant West, 27, who operated on the dark web under the nickname Courvoisier – the name of a popular French cognac – attacked more than 100 companies worldwide, stealing financial data on…
23rd August 201923rd August 2019 Chris Price Cryptocurrencies, Cybersecurity, News

Fancy yourself as a bit of a computer whizz? Is breaking into a restricted Area 51 server for you a piece of cake? Then you may soon find yourself fbeatured in Hackers!, a brand new newspaper "about doing things you're…

The real Wild West may have found a place for the good, bad and ugly of frontier society, but it looks as though only law-abiding cowboys are accepted on Rockstar's servers for Red Dead Redemption multiplayer sessions. As of…

Hackers have yesterday wreaked havoc with the Facebook, Twitter and blog accounts of Therese Coffey, Conservative candidate for Suffolk Coastal. Explicit messages were sent from Coffey's accounts, with some grim remarks made about Prime Minister David Cameron and his wife….

A letter to Barack Obama signed by MPs and Peers will call on the President not to extradite British hacker Gary McKinnon who faces up to 60 years in a maximum security prison if found guilty.

The 43-year-old UFO obessive who suffers from Asperges syndrome, a mild form of Austism, carried out the ‘largest military hack of all time’ in 2002 – hacking into the computer systems of NASA, The US Army, Department of Defence and US Air Force.

McKinnon, who was looking for proof of UFOs, was originally indicted in 2002 and in 2006 the UK agreed to extradite him for trial. Subsequent appeals to the House of Lords and European Court of Human Rights have failed.

Mr McKinnon’s local MP, David Burrowes, said: “We need to take it further and call upon Barack Obama himself to take action as the pleas have fallen on deaf ears so far.”

The letter from The National Autistic Society calls for Obama to allow McKinnon to face trial in the UK on the grounds that extradition might lead to a deterioration in his health.

Legal experts have said that if McKinnon were to face trial, it should be in the UK regardless, as any crimes he committed were committed in British territory.

The case highlights the unbalanced Bush era US – UK extradition treaty which was designed to facilitate the fast extradition of Islamic fundamentalist, not eccentric Scottish systems administrators.

Remember the story earlier this year about one of San Francisco’s network admins going rogue and locking the city’s data systems with a master password that only he knew? Well, it looks like it’s not over. San Francisco have found a “mystery device” on their network…

Pictures of Paris Hilton ‘enjoying’ a post-Emmy ‘party’ with her superbly named bro, Barron, have been leaked from her private Facebook account after holes in the site’s recent security upgrade were exploited. 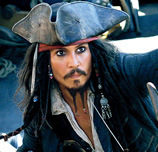 Ho ho ho and a bottle of rum. Don’t glance at your calendar, it’s not International Talk Like A Pirate Day again, and no, you’re not experiencing a strange Groundhog Day-esque de ja vu, but we are talking pirates. The Pirate Bay, to be exact.

The world’s most popular BitTorrent tracker, based in Sweden, has been down for a few hours today, and, according to Torrent Freak, this is due to the Pirates moving their servers to a new datacentre and adding four more servers to their already-massive 12 they currently run…

YouTube's recent experimentation with video obliteration advertising has not been well received by the community, but fortunately a resourceful Firefox hacker, Chris Finke, has come up with a way of restoring that lost 20 percent with his TubeStop extension. In…