Copy and Paste functionality for Windows Phone 7 device has been caught on camera, fuelling speculation as to when the update will hit Microsoft's new platform for the masses. Expected to hit devices in early 2011, it's shown here…

Silly, silly Microsoft; you wow us all at Mobile World Congress with your super-smart looking Windows Phone 7 Series handsets, and now you've gone and dumbed them right down again by not adding copy, paste and clipboard functions. It's the…

These little Apple-aping beauties are the X340 and X600, from MSI. They’re part of the X-Slim range, which also includes the X320, which we spotted at CES.

No release date, or UK prices yet. Shame, because these do look rather nice, even if they’re a tad on the derivative side.

Technically, this is a “wood carving duplicator” but the description “guitar photocopier” seems to fit the automated drilling machine so much better.

“A guide pin follows the contour of the original while a carbide bit does the cutting,” says the listing, creating a precise wooden recreation of your original once it’s finished. It’s so precise it leaves the newly created version only requiring…

Everyone’s favourite large-chested, pasty-faced art house actress has only gone and done an album of songs. She’s called it “Anywhere I Lay My Head” – an invitation to lewd comments if ever there was – and you can listen to bits of it RIGHT NOW on Napster.

mum who can’t be bothered working out how to buy, organise and listen to digital music on her mobile phone – 66% of people simply have no interest in using their phones for buying music.

With most saying it’s too expensive and too awkward to put tunes on their phones, only a rather pathetic 14% of the 1800 people surveyed by Jupiter said they gave a rat’s arse about buying full tracks via their mobiles… 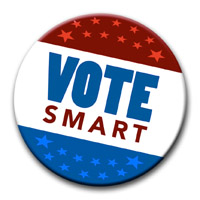 Want to share your musical taste with someone less fortunate? If both you and the other person have an iPods, you can do it easily with the miShare.

LONDON (Reuters) – More than half of teachers in a survey said they thought plagiarism from the Internet is a problem.

Some students who steal essays wholesale from the Web, they said, are so lazy they don’t even bother to take the adverts off the cut-and-pasted text.

That would be FreQuency, as spelled out in superb detail by Chris over on our PlayStation blog PSPSPS.tv. FreQuency was made by the Guitar Hero people, only about five years ago when no one cared and when pressing buttons to music in your house wasn’t considered particularly cool…