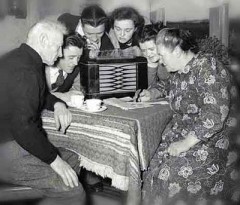 A single website could be set to host all UK radio stations by early 2010.

BBC and commercial station bosses are thought to be pulling together a prototype of the site before the end of this year. It is expected to follow a similar format to the BBC’s Radioplayer, currently broadcasting the BBC’s radio output at //www.bbc.co.uk/radio/.

With the popularity of streaming services such as Spotify and Sky’s brand new digital music service set to grow, such a move would help to safeguard radio’s position in an increasingly digital age.

However, such a website would need approval from the BBC Trust, which recently foiled plans for an Open I-Player.